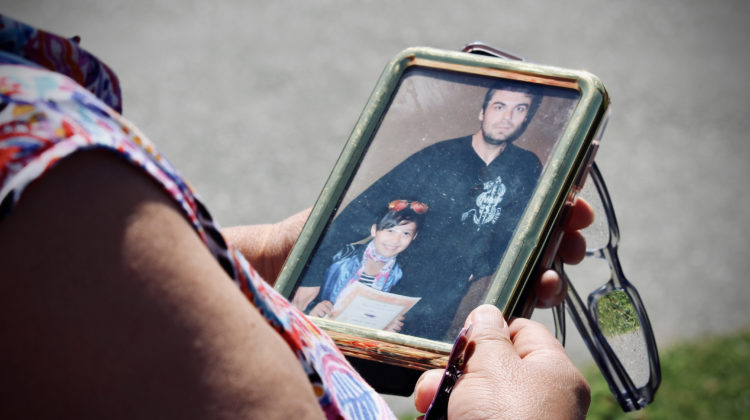 The family of a man shot by Campbell River police says the situation could have been handled differently, without lethal force.

Jared Lowndes, an Indigenous man in his late 30s, was cornered by police at the Tim Hortons in Willow Point, after fleeing a traffic stop last Thursday (July 8th). He had an outstanding warrant.

Lowndes was the father of Fay Blaney’s grandnieces, Phoenix and Patience. She says his mother is also a close friend of hers.

“They rammed his vehicle on both sides,” Blaney says. “He was in the drive-thru, so he couldn’t exit on his side. He had his puppy, his four-month-old puppy with him.”

“He loved [his children] so much, and he really loved his dog and animals. People were making these various types of depictions about how he could kill Gator. He killed Gator in self-defense,” Blaney says.

She continues, “His windows were open. They stuck their police dog on him and it tried to get in his window. I mean, we weren’t here, but I think he tried to defend his dog and himself from the police dog and he stabbed it.”

After Gator was killed, Blaney says ‘several of them’ opened fire on Lowndes, shooting him in the face. She recalls seeing him lying on the ground, dead, adding police had “really done a number on him.” 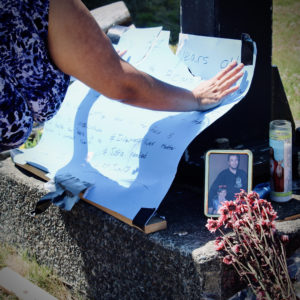 Since Lowndes’s death, a shrine out front of the Tim Hortons has been erected, but Blaney says it continues to be torn down.

“It’s been going on since it happened,” she says. “Every day, we come back and it’s destroyed. The first day, they took everything down and threw it off to the side and put up Gator posters for the dog.”

Blaney says the artwork created by Phoenix and Patience put on display at the shrine has been ‘desecrated’. She says they had drawings with the words, “I love you, Daddy.”

When it comes to remembering Lowndes, ‘gentle giant’ are words Blaney would use to describe him. She says there no need to murder him, adding that he had his life in front of him and was starting to connect with his ‘homelands’.

About a week before his death, Lowndes wrote an essay sharing his life experiences. At four years old, he said he was taken from his mother by police at gunpoint and put into a foster home. At 15, he was sent to a group home, and when defending himself from abuse, he said he was charged with assault. Lowndes explained after being released from jail, he was left homeless, ‘wasting his life away’ drinking and doing drugs. Years later, before his death, he was still homeless, living out of his car.

Blaney’s daughter, Corena Wilson, tells My Campbell River Now that she’s feeling both ‘sad and angry’ at the same time.

“I grew up with Jared, or ‘J’ as I called him. He was best friends with both of my cousins and my brother, so I saw him quite a bit.”

Wilson says she wants to fight for Lowndes’ daughters, not only because they just lost their father, but because they’re so young.

“The cruelty that’s happening to this shrine and their artwork, and the love they’re trying to show for their father is beyond devastating for them. I have heard about them crying a lot because of the stuff happening to their posters, the stuff that’s being said about their father,” adds Wilson. “I wish they didn’t have to go through that.”

Both Blaney and Wilson say they’ll continue to fight for Lowndes, taking to social media with ‘#JusticeForJared’. The campaign aims to share his side of the story.

At this time, the Independent Investigations Office (IIO) of BC is investigating the July 8th shooting. They’re determining whether the officers’ use of force was justified and ask anyone with relevant information to contact their Witness Line toll-free at 1 (855) 446-8477, or via the contact form on the IIO website.