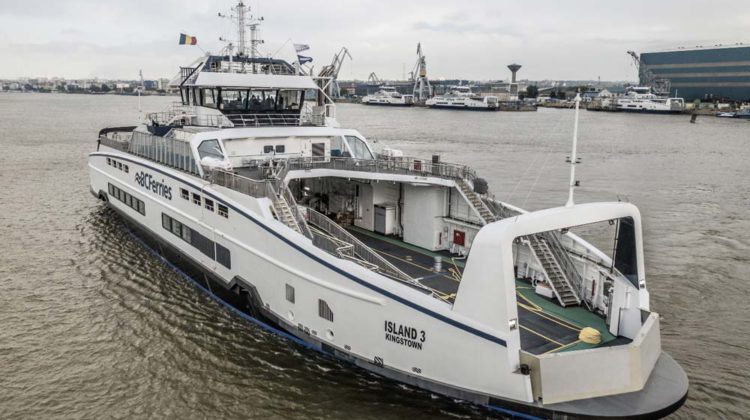 Together with ‘Island 4’, the ship will provide two-ship service on the Campbell River – Quadra Island Route starting in 2022. Both ships will replace the existing Powell River Queen.

Under its own power, ‘Island 3’ set sail from Damen Shipyards Galati in Romania on May 19th. According to BC Ferries, the transatlantic journey totalled 10,700 nautical miles.

“The Island Class are battery-equipped ships designed for future full electric operation,” BC Ferries says. They can carry around 47 vehicles, and up to 400 passengers and crew.

Upon arrival at Point Hope Maritime, final inspections will take place and BC Ferries will take ownership of the ship. The ship’s official name will be revealed later this summer.

‘Island 3’ is the third in a series of six joining the BC Ferries fleet. The first two entered service on the Powell River – Texada Island route and the Port McNeill – Alert Bay – Sointula Island route last year.