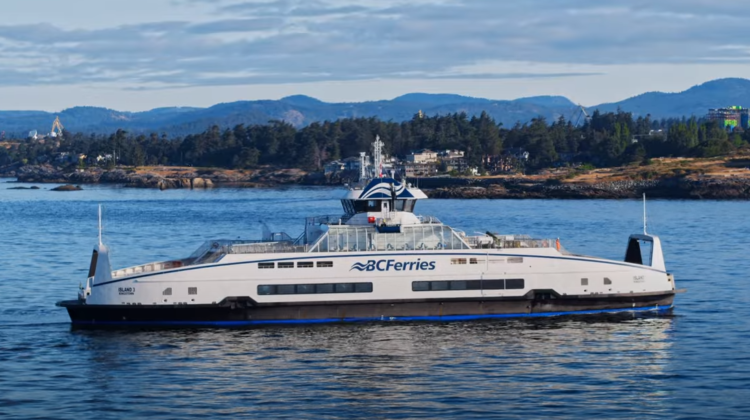 BC Ferries is sharing a video of its newest Island Class ferry — dubbed ‘Island 3’ for now — arriving in Victoria for final inspections.

Together with ‘Island 4’, the ship will provide service on the Campbell River – Quadra Island route starting in 2022, replacing the existing Powell River Queen.

Under its own power, ‘Island 3’ set sail from a Romania shipyard on May 19th, a transatlantic journey totalling over 10-thousand nautical miles. It docked at Point Hope Maritime yesterday (Thursday).

The Island Class are battery-equipped ships designed for future full electric operation, carrying around 50 vehicles, and up to 400 passengers and crew.

‘Island 3’ is the third in a series of six joining the BC Ferries fleet. The first two entered service on the Powell River – Texada Island route, and the Port McNeill – Alert Bay – Sointula Island route last year.