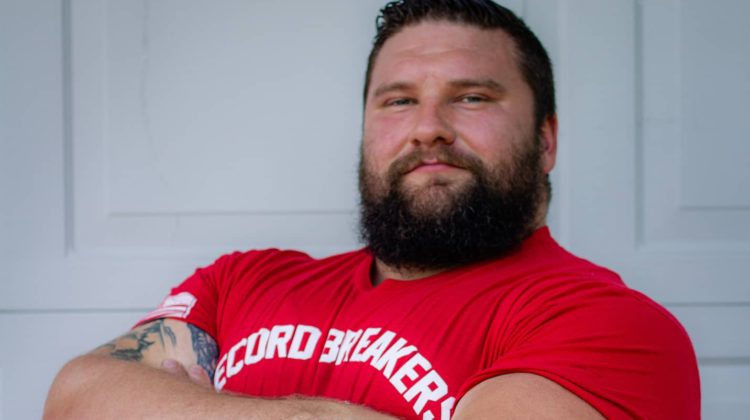 The 31-year-old is coming off a third place finish at the Canadian Strongman competition last weekend in Quebec City.

Hayes said the bar was raised this  year. “I got my professional card last year and all professionals do a circuit to qualify for this show. Because there wasn’t a circuit this year due to COVID, we just did (it) by invite, so they invited the top 17 professional strongmen in Canada out.”

The competition was made up of 10 events over two days, and Hayes said it was the hardest show that he’s ever done.

He noted that his showing on the car deadlift was a personal highlight: “It’s an SUV and it’s on a frame and you have a handle, and you lift it. I won that event, I got 10 reps and there was about 800 pounds in the hand, give or take. That was my big win of the day and it was an event I expected to win, kind of, I have a really good deadlift and I knew that.”

Hayes, who only started competing in strongman events in 2019, says technique, athleticism, speed, and hand-eye coordination are all key elements of strongman: It’s all around, really. It’s a full body athletic event, but being really strong definitely helps!”

Looking back, Hayes said the result still hasn’t set in.

“This is my first-ever professional show,” he said. “I ended up winning amateur nationals last year which is how I got my professional card this year. So coming to your first professional show and doing the championships, and podium…it won’t set in for a while.”

Hayes is only the second person from Western Canada to podium at a Canadian professional championship and believes he has it in him to do even better next year.

“I was quite sick the second day, there were some mishaps here and there,” Hayes said. “Overall finishing in third place was amazing, but event-to-event, I’ve seen so many spots where I could make improvements and if I was at the top of my form I should have been up there this year. That gives me some drive to come back next year, fill those holes, and go for the top of the podium.”

Hayes, who trains himself and others in a  private strongman gym in his one-car garage in Courtenay, gave a ‘shout out’ to Comox Valley Dodge who sponsored him to head to Quebec to compete.

He also runs the B.C. Strongman League, which is hosting the provincials this weekend in Victoria.