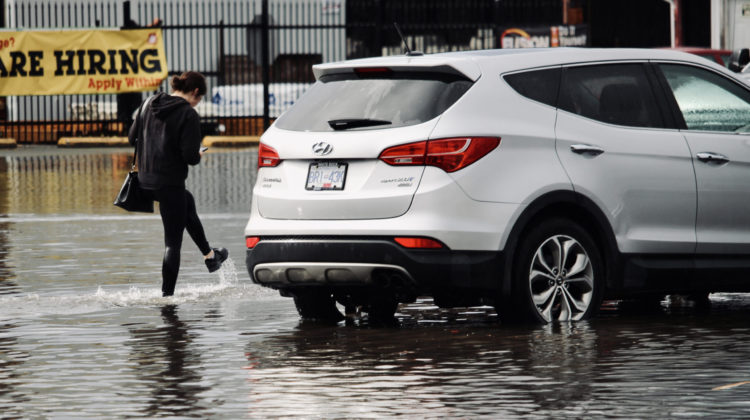 Saturday’s rain and hail storm that flooded parts of Campbell River may have felt like a deluge.

“It’s a drop that obviously can have flooding impacts because it happened so quickly but on a larger scale, looking at drought, looking at fire weather conditions, looking at what we normally have during the June, July, August period, this is a drop in an empty bucket.”

Castellan says Campbell River and Powell River each got around 13 millimetres of rain over a short period of time on Saturday.

Castellan says it’s all due to a low trough that typically swings down the coast twice a summer.

“Generally they’re never super strong storms,” he explained. “They don’t compare to a November or a January storm because they don’t have that kind of a jet stream or all those dynamics that you need to deliver some copious amount of rain. But in the middle of summer, it can feel like a lot.”

He added that mid-summer storms are much different than ones that happen other times of the year.

“It’s not just that you get four or five hours of moderate rain. It can be quite strong just because there’s a convective element, that instability in the atmosphere due to the presence of heat.”

Castellan said that while 13 millimetres doesn’t sound like a lot, if it all happens at once, then it can overwhelm culverts and storm drains.

It’s been quite a while since most of Vancouver Island and the Sunshine Coast has seen measurable rain.

Back on July 16th, Powell River saw 0.1 millimetres of rain, and that was the only measurable precipitation it had last month.

Castellan said it’s been since mid-June, when the taps were essentially turned off for the entire south coast.