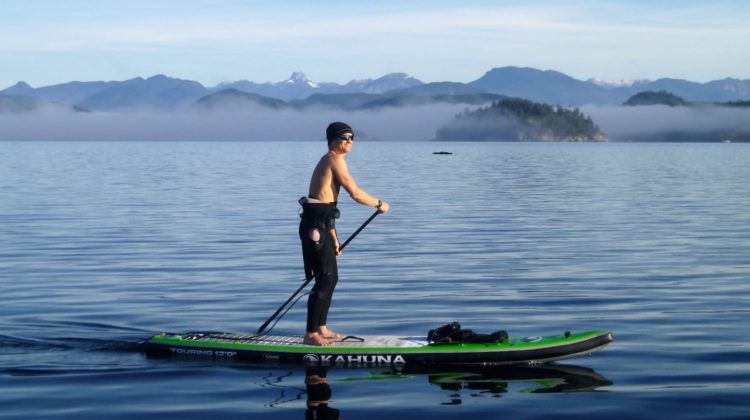 The countdown is on until a Vancouver Island paddleboarder attempts to break a Guinness World Record, raising funds for a local charity along the way.

Currently, the record for longest distance on a standup paddleboard in 24-hours on flat water is 193.8 kilometers, with Bart de Zwart achieving that record in Switzerland back in 2017. 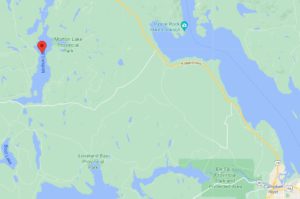 But Dallas Allison wants to paddle that distance and then some. “I’m shooting for 210 kilometers if there are prime conditions, but of course we’ll see how it goes,” Allison says.

Next Tuesday (Aug. 24th) starting at 2:00 pm, the proud Campbell River paramedic and Canadian Ranger will be pulling an all-nighter at Mohun Lake, north of town, launching his 24-hour journey in hopes of becoming the new record holder.

“The really challenging part is making sure that I fulfill all of Guinness’ requirements. I won’t find out if I actually broke the record for 12 weeks, officially, once I submit all the evidence,” he tells My Campbell River Now.

Leading up to his stint, 43-year-old Allison is also raising funds for the Honour House Society, which helps families stay close to members of the Canadian Armed Forces, veterans, and emergency services personnel receiving medical care or treatment while in the Metro Vancouver area.

“To me, that’s incredibly honourable,” he says. “I wanted to be a part of that and I wanted to help out with that. You know, to kind of give back to the community.”

For Allison, paddleboarding is a hobby that’s somewhat new. He’s been a kayaker for over two decades, but a few years ago, he was given the chance to try something different.

“I had the opportunity to get on a paddleboard about two years ago and I fell in love instantly. It’s just a raw feeling and it’s an exercise for the entire body, and you don’t even really know you’re exercising. It’s so much fun,” Allison says. “I just fell in love with it, I was going out every day. One thing led to another and here I am, still just absolutely loving paddleboarding.”

And it’s a love Allison is grateful for, especially through the COVID-19 pandemic, because he found himself isolated.

“I moved to Campbell River just before the pandemic, about six months prior,” he explains. “Just like many others, I was reaching for a beer here and there. I realized I needed to be proactive about my coping mechanisms. So I went out to the water on my own and isolated on the water with a paddleboard.”

Allison describes it as the best decision he’s ever made, adding, “It’s truly the small choices that we make in life that have the ripple effect. Not just throughout my life, but even for the community.”

To get the word out about his Guinness World Record attempt, Allison has created a Facebook page, Story of an Underdog, sharing photos and updates with his followers.

“Feeling the local love. Campbell River, you rock,” reads a post on the page. “Your inspiring words, well wishes, shared posts and donations push me to train harder. Much love.”

After receiving an outpour of support, Allison says it’s definitely welcomed. “We’re also looking for volunteers, the Guinness World Record requires that I have two people every four hours to actually watch the event and document what they see,” he adds.

For volunteer details, Allison’s event page can be found here. For more information about the Honour House Society, or to donate, visit this website. When filling out the form, donors are encouraged to enter Guinness World Record in the ‘in honour of’ box.