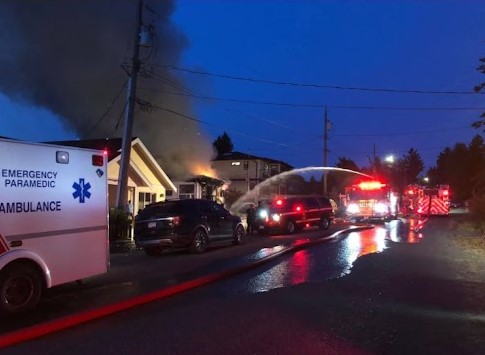 Five people have been displaced and a house has been severely damaged after a fire in Royston Wednesday.

Courtenay firefighters were called about the fire at the one-story home on Warren Avenue just before 5:30 am, and all five occupants exited the house before crews arrived.

Crews were able to finish putting out the fire quickly and left the scene at approximately 10 am.

“We probably had it knocked down shortly upon arrival,” said Courtenay deputy fire chief Kurt MacDonald.

There were no injuries and the cause of the fire remains unknown.

“Investigators are on the scene looking into it right now,” said MacDonald.