State of Emergency extended in B.C. as wildfires rage on 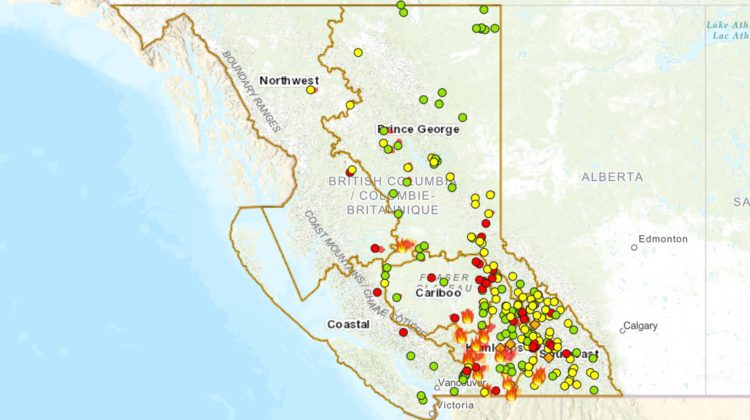 As wildfires rage on, B.C.’s state of emergency is once again being extended. This time, it’s through the end of the day on Sept. 14th.

According to officials, the declaration not only supports the Province’s ongoing coordinated response to the wildfire situation, but also helps to ensure public safety.

As of this morning, 233 wildfires were burning in B.C., with 77 evacuation alerts affecting just over 6,000 properties. But the Province says current fire conditions may lead to “continued severe fire behaviour and the potential for more evacuations.”

While it’s noted extraordinary powers under the Emergency Program Act are not needed at this time, the declaration gives the Province the ability to move quickly if the need arises.

“Things are trending in the right direction, but we must remain alert and aware of the fires still burning and the potential for others to start,” adds Mike Farnworth, Minister of Public Safety and Solicitor General.

Farnworth continues, “Extending this state of emergency recognizes that the potential for significant wildfire activity persists, even as the nights get longer and the days cool down a bit, so I urge British Columbians to continue to be vigilant.”