Transit now free in B.C. for children 12 and under 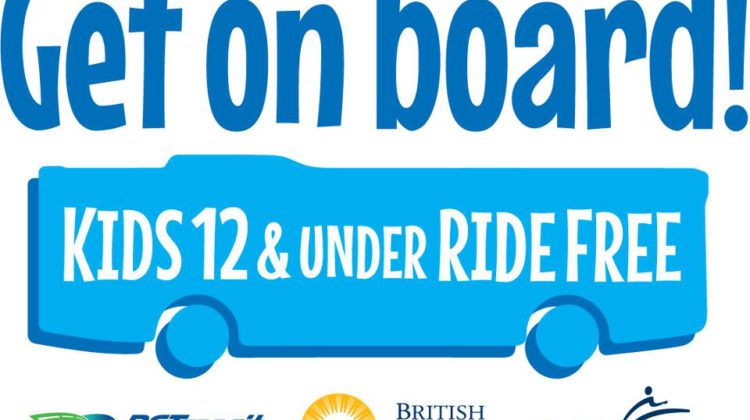 Supplied by the Province of British Columbia

Public transit is now free for kids 12 and under in B.C.

The program was launched earlier today.

B.C. transportation minister, Rob Fleming, called it a landmark achievement for free public transit in this province, and “an important part of our government’s commitment to provide safe, reliable and affordable public transit for B.C. families.”

Under the first provincewide free transit program for kids in Canada, anyone under 12 years old can use any BC Transit or TransLink service free of charge anywhere in B.C.

This includes buses, SkyTrain, SeaBus and the West Coast Express.

“As our population increases, the need for climate-friendly forms of transportation continues to grow,” said George Heyman, minister of environment and climate change.

“Public transit reduces road congestion, supports our economy and offers a cleaner, low-carbon way of getting around that works for people and builds healthy communities.”

Anyone who typically buys fares or monthly bus passes for children 12 and under no longer needs to do so.

For example, the province says a family that buys their child a $57-per-month TransLink pass for a year would save more than $687, while savings on a BC Transit children’s pass, at an average cost of $35 per month, would add up to $420 a year.

It’s estimated that roughly 370,000 children aged 12 and under throughout B.C. are eligible to ride public transit free of charge.

There are slight differences in the program’s initial rollout depending on the mode of public transit and service provider (TransLink or BC Transit).

Today marks Phase 1 of the program, where children 12 and under can access transit for free.

In Phase 2, a dedicated product for children 12 and under riding on transit will be made available.