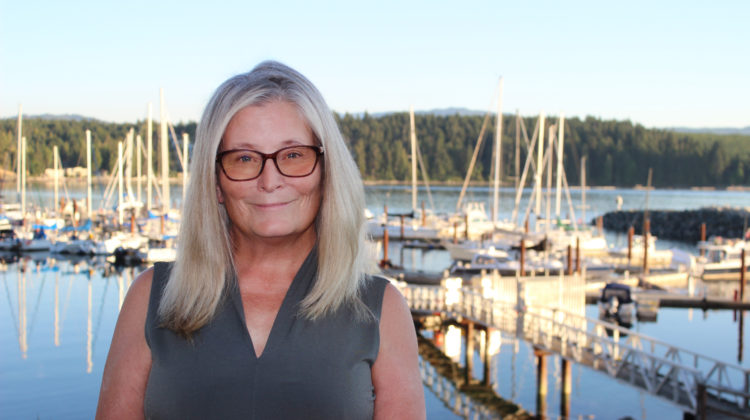 In the leadup to the Sept. 20th federal election, we’re speaking to local candidates.

We touched on three hot button issues: housing affordability, COVID pandemic recovery, short and long-term action on climate change, and one other topic they may have as a campaign priority.

VR: If elected, what would the Liberal Party do to address housing affordability?

SF: No question, affordable housing is an enormous challenge here in this riding, as it is, quite frankly, across the country. But we have some very particular issues here, in that this riding is growing in population, partly accelerated by COVID as people decided to move here. The whole housing issue is one that’s structurally based on supply and demand. When you get into a situation where housing is a problem for disadvantaged people, which we’re certainly in here, then the supply-and-demand system simply doesn’t work. There are elements in the work that the Liberal government did previously that are carried forward and expanded in the Liberal platform to take a really broad look at that. There is, for example, the commitment to build 1.4 million units. Well, it depends who those 1.4 million units are targeted to and how much of that goes into affordable housing. So the second element of the Liberal platform is aimed at taking a look at the driving forces of the housing market, and what those are, and how to regulate or address them: for example, banning flipping houses, (and) requiring a home inspection even when people have at least nominally waived that right in a bidding war. The element of the Liberal proposal that is banning foreign investment in housing for two years is not to get rid of foreign investment but to look at how that housing stock is used, which is very germaine to the issue of whether it gets used for affordable housing and whether it doesn’t. There are a number of ways to get different kinds of people into the market, including being able to build the kind of housing that Habitat For Humanity does, where, for example, in Courtenay, the 12 houses on the property are now assigned specifically to families who would otherwise not be able to afford housing. It also has an impact on the rental market and looking at the systemic reasons why the prices are driven up, (which) will have downstream effects on the rental market. And there is a proposal in the Liberal platform to initiate a rent-to-own system with renters and landlords.

VR: What is the Liberal Party’s view on how to handle the COVID pandemic?

SF: Promoting the support of vaccinations, making sure the supplies are available, ensuring that provinces or territories, jurisdictions that want to make use of some kind of vaccination passport to reduce the number of lockdowns, or the risk of lockdowns, is one part of the (Liberal) strategy. I think that it is very clear that acquiring the resources for vaccination and looking at the current increases in COVID, that these are, by and large, the greatest proportion of those individuals who are unwell are people who have chosen not to be vaccinated. I think the use of a passport judiciously and where it is wanted by businesses, communities, and provincial or territorial jurisdictions is something that can really promote the kind of stability and stop the off and on kind of lockdown response that we’ve all been through the last year-and-a-half. Secondly there is a commitment to provide boosters to all Canadians who qualify for them, so everyone over 12. And thirdly there is research into the long-term impacts of COVID. Whether they are impacts on school children, impacts on people who have had COVID and still have the symptoms or problems associated with it, coupled with research to develop our own vaccine producing capacity here in the country, in particular focused on mNRA solutions.

VR: What would the Liberal Party do to mitigate climate change?

SF: At the international level, we are working with allies. Within the country, we have the very first agreement between the provincial and territorial jurisdictions with the federal government on emissions targets. This is a huge step forward in a country like ours where the relationship between the federal and provincial governments is absolutely critical to what goes forward and what doesn’t. There are investments in green technology, so that’s existing companies and new companies that are generating new and green technology, renewable energy type solutions that people like us can implement on the ground. For example, solar energy: making that affordable, making it available. Another element of the plan is helping remote communities transfer off fossil fuels, diesel for example, and into solar power. The Liberal government has provided funding to First Nations and remote communities to do that. It’s broad and that’s the kind of approach it takes, and frankly, this is the only complex and costed climate change program with a target, and a path and a plan to get to that target.

SF: We ignore (climate change) at our peril and I think Band-Aids won’t work, and a comprehensive plan that ties things together and gets all elements of government and of communities working together for it is absolutely critical. If you look at this riding, we have a historical industrial base in forestry and in fisheries and both those things need to turn the corner, because of the impacts of climate change. Better use of value-added resources in the forestry industry, taking a look at, and investing in, as the Liberal government has done for the first time, $647 million, to support the Pacific Salmon Strategy. It once again is broad; it isn’t just about harvesting, it isn’t just about land use and habitat, it isn’t just about using hatcheries, it’s about all of those things and taking a look at the ecosystem factors and monitoring them and working with all of the different jurisdictions and groups of people who are interested in this province, in rebuilding salmon. We’ve got to make those kinds of transitions which are hard. They are hard decisions that need to be made, but it’s time to make them. We’ve seen fluctuations and declines in salmon stocks since the mid-90s, from Alaska, down to California. We have challenges with ocean currents, changing temperatures, and availability of prey and good food for those salmon going out to grow up and get big, and the growth rate in Chinook salmon has been declining throughout the coast. We don’t have a dial on ocean temperature but what we do have is the ability to take a look at land use and its impacts on salmon, we have the opportunity to make sure all of the ecosystem factors that affect the salmon through its very diverse lifestyle are taken into account when we are trying to figure out what’s there, and also transitioning fisheries to a much more sustainable model that respects the fact that we are living in a changed climate, it dictates a great deal about the resources we use in that climate.