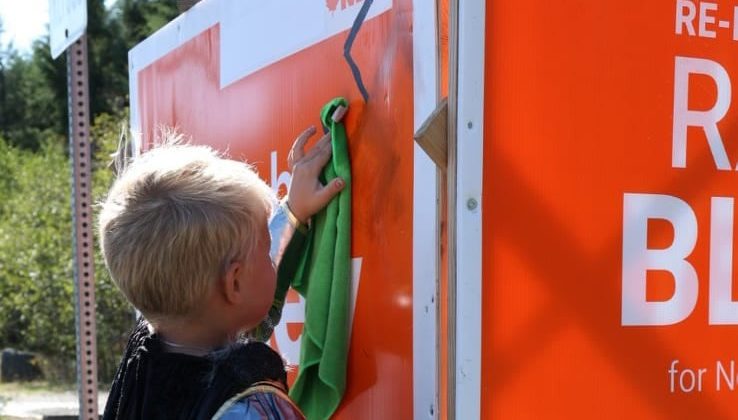 With the federal election around the corner, North Island-Powell River candidates are gearing up for the big day but also dealing with vandalism targeted towards their campaign signs.

In Campbell River, some of NDP-incumbent Rachel Blaney’s signs were recently vandalized with swastikas. They were painted across her signs found along Jubilee Parkway near Dogwood St.

The symbols have since been removed, and in a Facebook post today (Wednesday) Blaney thanked volunteers for putting in extra time and effort this campaign to help clear, fix and replace damaged signs.

“Not all heroes wear capes, but some do,” she added.

According to BC RCMP, graffiti vandalism is a crime that needs to be reported. Locals who witness vandalism in progress are urged to call 911. “Please report all other graffiti vandalism to your local police detachment or city bylaw enforcement officers,” the RCMP says.