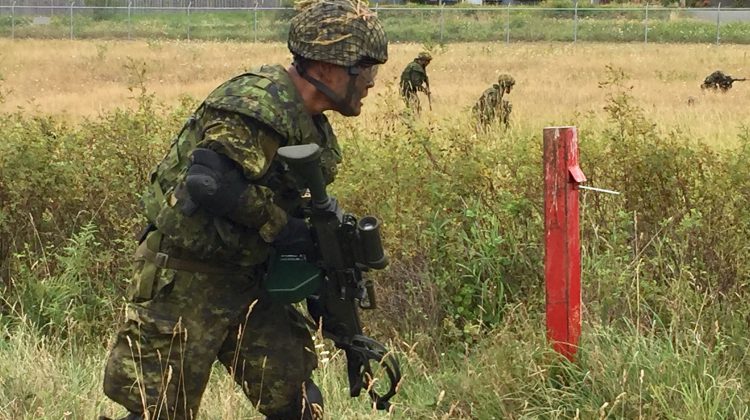 If you see soldiers in camouflage uniforms, on foot in the training area on Waveland Road this weekend, here’s why.

The Canadian Scottish Regiment is doing infantry training at the Seal Bay training area from tomorrow until Sunday.

People in the area can expect to hear the firing of blank ammunition and the use of pyrotechnic simulators inside the training area during daylight hours.

There will also be a minor increase in traffic entering and exiting the Seal Bay facility.

As members of the Army Reserve in B.C., soldiers of the regiment train during evenings and weekends while serving as a part time component of the Canadian Armed Forces.