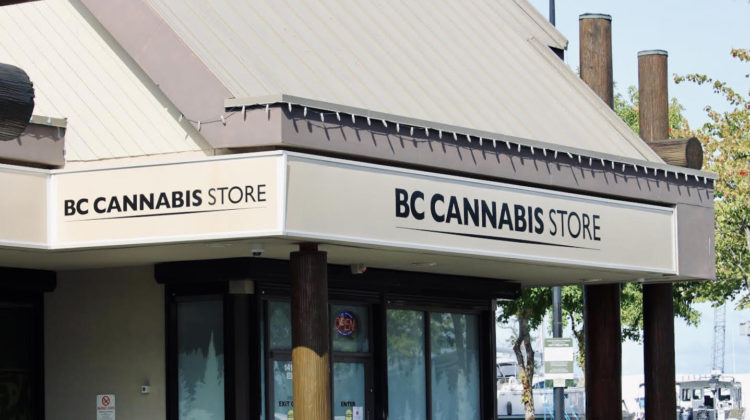 The BC Cannabis Store in Campbell River raised over $8K for the Red Cross (Photo: Ethan Morneau, staff)

Fundraising efforts are paying off on Vancouver Island. A Campbell River cannabis shop raised over $8,000 to help those affected by the wildfires ravaging parts of British Columbia.

Checking today’s numbers on the BC Wildfire Dashboard, just under 200 wildfires are burning in B.C., with the yearly wildfire count jumping significantly to just under 1,600.

This alarming number prompted customers visiting BC Liquor Stores and BC Cannabis Stores to “give generously” to the Canadian Red Cross over a two-month span, the Province says.

All in all, the fundraising campaign that ran from July 3rd to Sept. 3rd raised more than $1.45 million to assist B.C. residents that are feeling the impacts of this year’s wildfires.

But the total actually exceeds $4.35 million, as the Province and federal government match the funds raised and then some.

Officials say the funds will help the Canadian Red Cross support immediate and ongoing relief efforts in B.C. communities, as well as support long-term recovery, resiliency, and preparedness for future events in B.C. and affected regions.

“This year’s wildfire season has impacted communities throughout the province, and every dollar allows us to deliver much-needed help, now and in the weeks and months ahead,” explains Patrick Quealey, vice-president, British Columbia and Yukon, Canadian Red Cross.