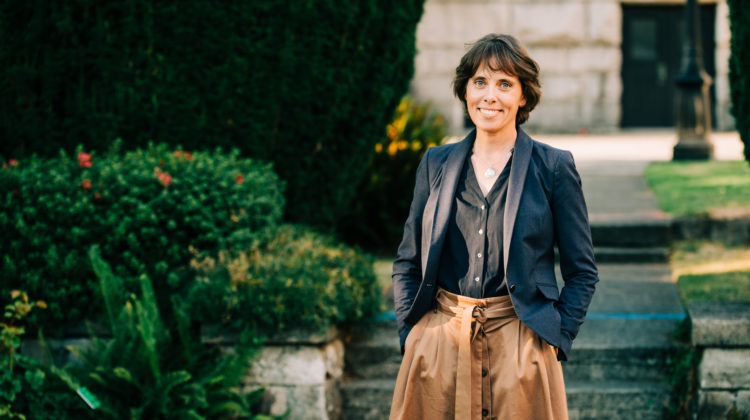 BC Greens Leader Sonia Furstenau. (Photo supplied by BC Greens)

The province’s CleanBC Roadmap to 2030 is coming under fire from the BC Green Party.

Leader Sonia Furstenau says the NDP government’s commitment to fossil fuel subsidies is undermining B.C.’s ability to achieve this plan and be a climate leader.

“Between now and 2030, B.C. will see a marked increase in fracking as a result of the NDP’s $6-billion giveaway to LNG Canada,” Furstenau said.

“The government’s support for this industry places a greater burden on the rest of our economy to make up the emissions gap.”

Furstenau added that the climate crisis “is already having devastating consequences for British Columbians and their communities. We need leadership that responds to the climate emergency with immediate action, instead of kicking the can down the road past the next election.”

“The GHG inventory released today showed that 2019 emissions – the first year that CleanBC was implemented – still increased. Many of the measures in this plan, including methane emissions, the carbon tax and the ZEV standard, are actually federal initiatives,” she pointed out.

“The government claims to have the ‘most ambitious climate plan in North America’ – but we are quickly falling behind other jurisdictions. For example, California has a plan to achieve Net Zero by 2045 and Quebec recently banned oil and gas extraction. Meanwhile, the BC NDP continues to subsidize fossil fuel development.

“The government still needs to negotiate with industry to be able to implement this plan. They have put themselves in a poor negotiating position by giving away the farm to oil and gas companies. B.C. is already facing a labour shortage. The government’s insistence on subsidizing the fossil fuel industry will make it harder for us to build the clean power and infrastructure required to meet our targets.”

Furstenau says given the apparent cost of climate change, the world is moving fast to decarbonize.

“B.C. should be fully embracing this economic transition so that it can best position itself to be globally competitive. We need to end fossil fuel subsidies and shift our support to the clean economy.”

B.C. Green MLA Adam Olsen added that the government needs to listen to the calls of First Nations to act urgently on climate change.

“The UBCIC’s call for this government to stop investing in LNG and fracking must be taken seriously,” Olsen said. “First Nations have been leaders in making investments in clean energy production, and have found it incredibly challenging to work with this government.  Rather than subsidizing multinational oil and gas companies, this government should be supporting the leadership of BC’s First Nations in producing clean, renewable energy.”