“Attending a class is giving yourself a gift of learning something new, inspiring creativity, and connecting with other people in the community.”
BY DANIELLE STEINER

Lia and Brian McCormick are no strangers when it comes to adapting to new opportunities.

They moved to the Comox Valley in 1995 (“We were so young back then!”) and bought themselves a fixer-upper home and jumped into part ownership of a busy vegetarian restaurant called The Bar None Café (located where Mudsharks is now). In 2002, they decided to close that chapter and pursue new opportunities: Brian earned his Red Seal in the Culinary Arts and both Brian and Lia worked at Locals Restaurant when it opened in 2008.

But 2014 was the beginning of a new dream, which they called Clever Crow Farm. Situated on five quiet acres in Black Creek, the land had most of the features they needed: good soil with minimal rocks, mature fruit trees, piped water and a large airy building, which they would use to house their production kitchen and farm stove.

Their flourishing farm now grows plenty of leafy greens, herbs and flowers, which they combine into their own mixed salad that can be found on the shelves of three Island grocery stores. If you visit their farm store or pop by to say “hi” at the Comox Valley Farmers’ Market, you’ll also find their fresh carrots, fennel, onions, tomatoes, and garlic. They also produce ten different spice blends, which are sold all over Vancouver Island; additionally, they produce a dozen flavours of sea salt. 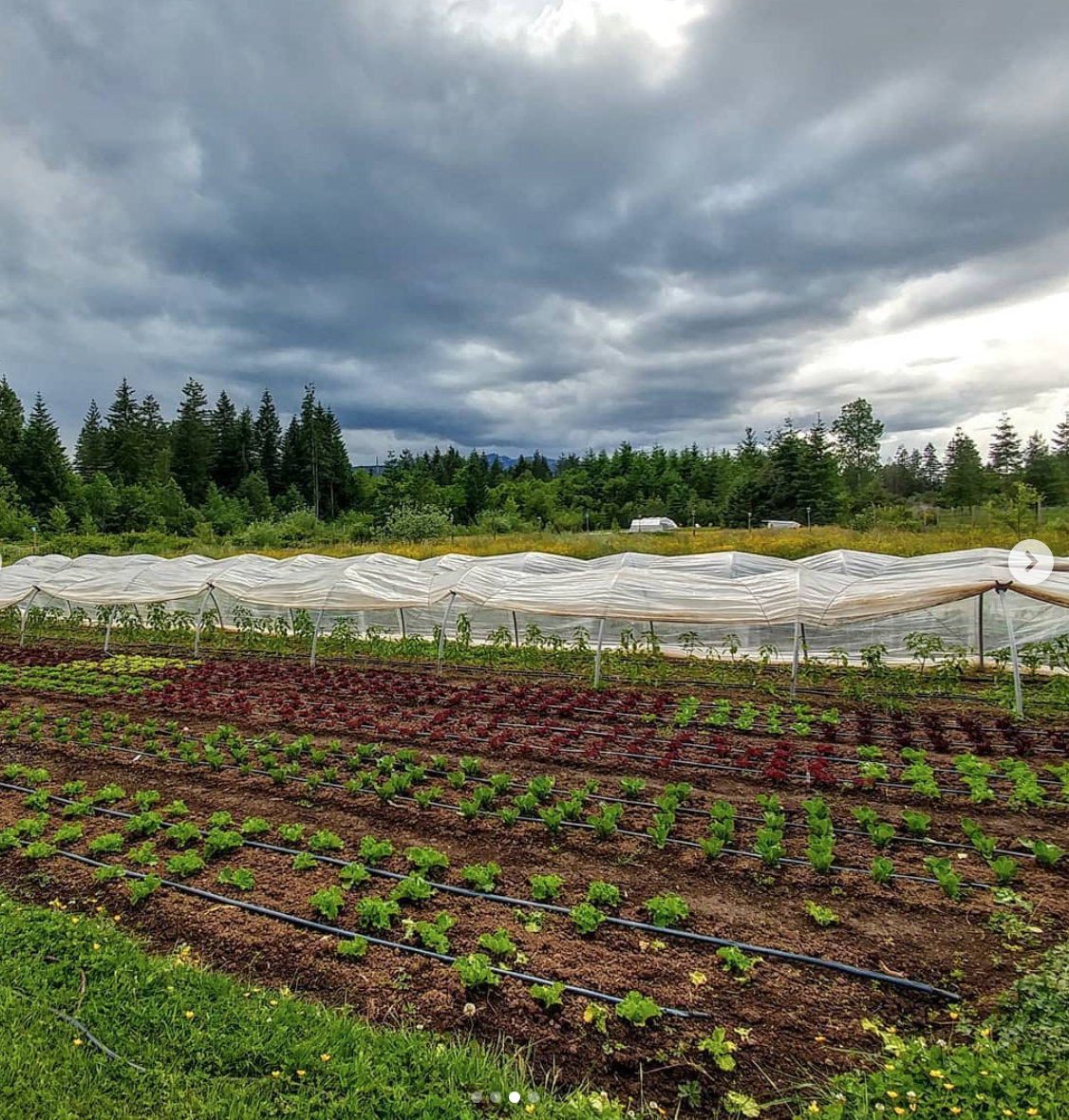 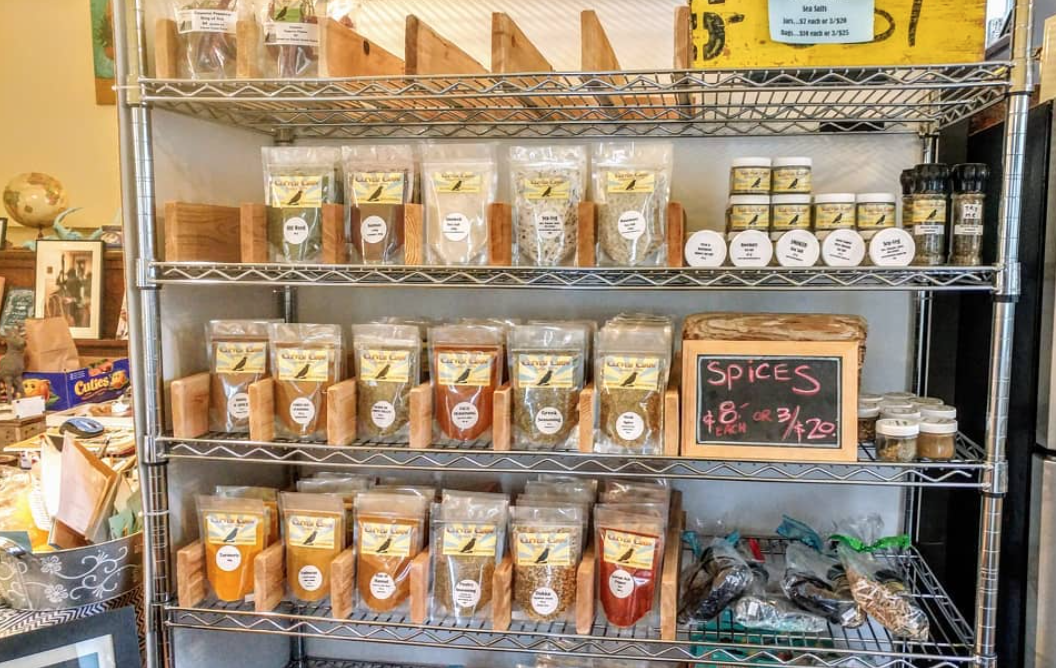 But an unexpected opportunity came knocking at their door when the pandemic hit. As restaurants and catering shut down during the spring of 2020, Lia and Brian wanted to find a way to help their chef friends. So they sent out a few emails to the chefs who had teaching experience, asking if any of them would be interested in leading a two-hour demo class. They would provide the vegetables, herbs and spices, and chefs would receive a portion of the ticket sales. “We tried to create a space of calm and quiet in a time of fear, worry and anxiety,” says Lia.

They ran six classes last year with great success—so much so, that they are running 14 outdoor demo classes this year. They are all two hours long and held outside in a flat field beside the vegetable gardens. They have large market tents to provide shade or rain cover and have the audience chairs spaced out for comfort and safety. The classes are kept small at 20 attendees to keep them intimate and engaging, and guests also get to sample the food prepared during the demo. 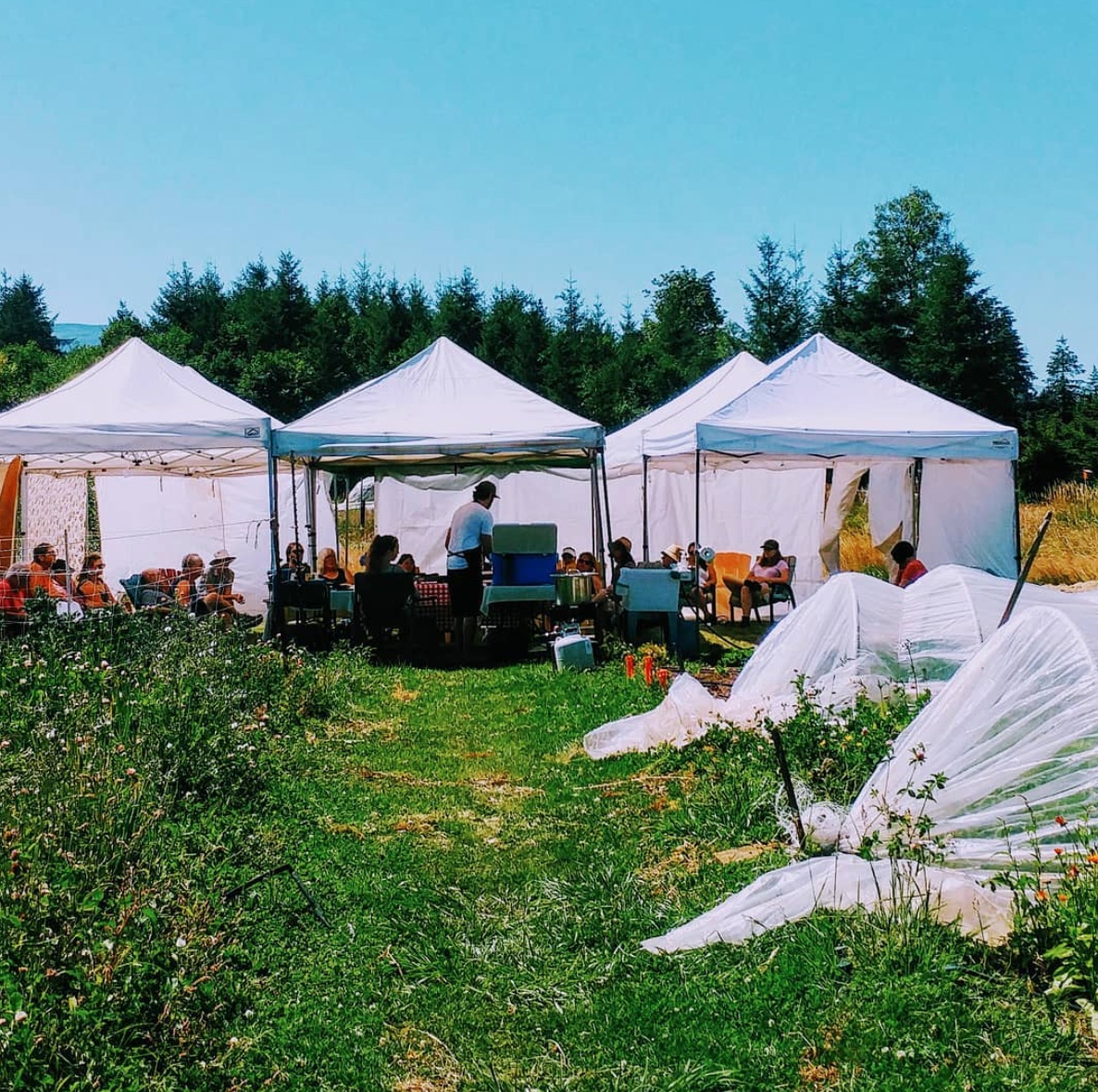 Attendee Donna Schmidt was pleased with the experience when she attended demonstration classes last summer. “I felt transported to an experience of storytelling, culinary expertise and delightful tastes in a beautiful setting,” she says. “Add to that, chefs who weave their unique relationship with food and the journey that led them to their profession—[it was] all fascinating.”

For Lia and Brian, offering these classes are a great way to bring people together to learn new skills and make new friends. “Attending a class is giving yourself a gift of learning something new, inspiring creativity, and connecting with other people in the community,” says Brian—which is something we can all appreciate perhaps now more than ever.

This article was originally featured on Edible Vancouver Island on July 14th, 2021.

The Comox Valley: Pretty as a Postcard

Day Tripping on the Sunshine Coast

The Road to Relaxation: Nanaimo to Tofino