Passenger numbers up at YQQ 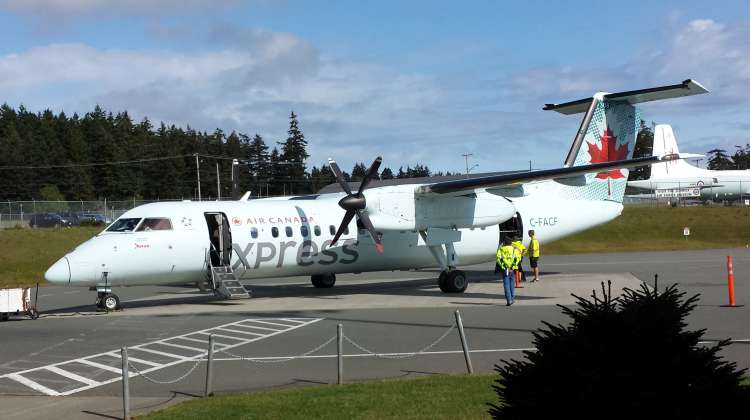 The Comox Valley Airport is pleased to report a 7% increase in passenger numbers for the first quarter of 2015 at its Annual Public Meeting.

New capacity and improved scheduling with WestJet were responsible for the majority of this growth and YQQ expects to see passenger numbers continue on an upward trend with the addition of Air Canada’s new service to Vancouver, according to YQQ CEO Fred Bigelow.

The increased capacity from WestJet includes an early morning departure and late evening return with the Q400 aircraft. The new schedule ensures a minimum of three daily non-stop departures from Comox to Calgary at any time of the year, as well as increased service throughout the summer.

The additional flights and schedule improvements opened up about 14 additional WestJet markets that were previously not served from Comox in at least one direction.

Bigelow also points out a slight change when it comes to dealing with weather conditions has helped.

While the Comox Valley Airport believes a case still exists for non-stop service to the United States, Bigelow explained that some of that demand can be filled by Air Canada and WestJet. It will take some time to determine how well needs are being addressed, but in the meantime Bigelow says the best way to bolster YQQ’s case for new service is to use the services that they have now.

In addition to growing passenger numbers, the Comox Valley Airport reported a successful fiscal year, with a three per cent increase in revenue to $4 million and a one per cent decrease in expenses to $3.2 million for 2014/15. YQQ also reported a healthy surplus of $816,925.

Bigelow says added the connections have also helped make the Valley a hugely popular location for folks to retire.

Further details on YQQ’s goals, objectives and achievements can be found in the 2015 Accountability Report posted on the Comox Valley Airport’s Website at: comoxairport.com under About Us/Publications.