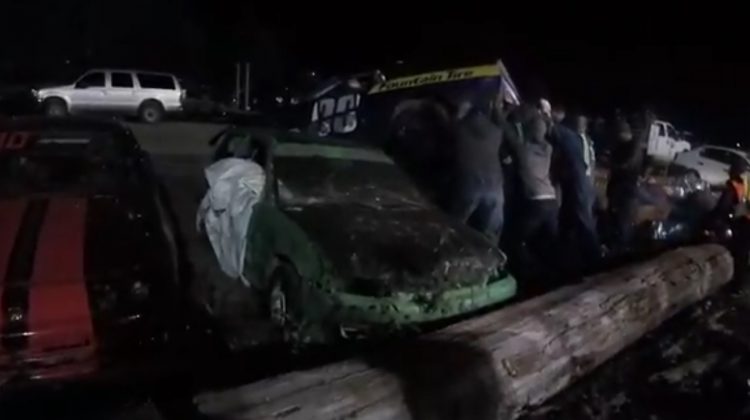 The car is lifted off of the man in a screenshot from a video by Kieran Wilkie/98.9 The Goat/Vista Radio

BLACK CREEK, B.C- A man was trapped under a flipped car at Saratoga Speedway on Saturday night.

The incident occurred around 9:50 p.m. Witnesses reported a car flipping off the track, and striking a man who was at the race track to run a fireworks show.

The man was under the car, according to those witnesses, and the vehicle had to be lifted off him. His head was believed to have been pinned under the tire.

Multiple emergency services were called to the scene, with the Oyster River Fire Department responding to the area.

There is no official word on the man’s condition, but he was taken to hospital.