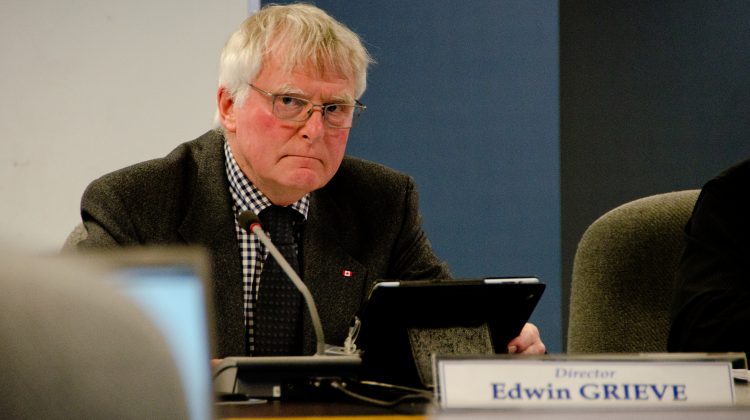 That payment was part of a settlement agreement reached between the district and 3L employee Kabel Atwal, after Atwal filed a human rights complaint against the CVRD, Area C Director Edwin Grieve, and the district’s former CAO, Deb Oakman.

According to the text of the agreement, the complaint was filed on Dec. 6th, 2013, and the settlement was reached after a meeting on April 10th, 2014.

As part of the settlement, the CVRD paid the $15,000 as compensation for injury to dignity, feelings, and self respect.

Grieve and Oakman agreed to recuse themselves from any future involvement relating to lands in Area C owned by the company or its associated or related companies, with the CVRD directed to set up “the appropriate internal safeguards” to ensure that both had no more dealings with “respect to the Lands in all respects”.

The district was told to advise Atwal’s legal counsel about the established safeguards.

Grieve and Oakman agreed to not attend or participate in any of the CVRD board or committee meetings where matters related to the 3L lands would be brought up, and Grieve was directed to select a replacement Alternate Director that was acceptable to Atwal, subject to a test of reasonableness in the case of rejection.

Any disagreements over rejection would be referred back to a Norman Trerise.

Both Oakman and Grieve agreed to not discuss the lands or any applications in relation to the lands with the potential alternate for Grieve, and both Atwal and 3L agreed to not in any way attempt to contact the alternate director prior to their appointment.

The conditions on both Oakman and Grieve were subject to Atwal leaving the employment of 3L or the company no longer owning the land in question, and both parties agreed to keep the settlement terms confidential, as well as the facts, details, and circumstances related to the complaint.

In a letter included in Atwal’s complaint, the 3L staffer lays out his background in the development industry and his work with the Riverwood proposal.

He states he first met Grieve in the fall of 2008, during his run for the directors position for Area C. The meeting between the two, according to Atwal, was arranged by then Courtenay mayor Starr Winchester, who was present for the discussion held at Crown Isle Golf Course.

Reached for comment, Winchester said she may have arranged for a meeting, but could not recall.

Atwal states Grieve had been promoted in his bid for Area C by the development community, and was “supportive and enthusiastic” of the company’s plan when Atwal outlined the proposal during their first meeting.

Atwal’s letter states that he began experiencing problems with Grieve in February of 2010, after he became the chair of the CVRD board.

“I suppose he felt as Chair, he no longer needed the support of the development community and could treat me as he apparently desired to do so from the first time we met,” wrote Atwal.

Grieve becoming chair and the CVRD working towards a regional growth strategy were two events that triggered the official’s attitude change, according to Atwal. Grieve was no longer “responsive and cordial” to Atwal, and he was confused about the 3L lands being left out of the growth strategy.

He writes that the City of Courtenay had wanted to see the lands as settlement expansion areas, and he was “left in a quandary as to why this is happening”, with efforts to speak with Grieve rebuffed. He also states that the then-mayor of Courtenay, Greg Phelps, informed them that their lands were “being blocked” at the insistence of Grieve.

Reached for comment, Phelps indicated he couldn’t remember making that exact statement, and said he had had at least one meeting with Atwal.

“I don’t know that I would have named anybody in particular, because the majority of directors obviously voted in favour of the RGS, but I know that there was opposition from some directors, more than other directors,” said Phelps.

“Other directors, myself included, sort of acquiesced finally, because we believed that there would be chance to re-open and re-examine the RGS.”

He’s hopeful that “cooler heads” can prevail, in order for residents of the Valley to enjoy Stotan Falls in the future.

“That’s only going to happen if both sides are able to compromise,” said Phelps.

The letter concludes by stating that a man by the name of Drew Pederson had approached 3L owner David Dutcyvich in November of 2013, telling him he had heard Grieve state he would not support 3L’s development proposal as “he would not be directed by an ‘East Indian’”.

Pederson also is described as saying he had notified Oakman about that statement before the board meeting on July 16th, but nothing was done. A signed statement from Pederson is mentioned in Atwal’s letter as an attachment.

“It now seems very clear to me why Grieve has treated me the way he has,” wrote Atwal.

“He is clearly discriminating on the basis of race, and this has influenced his decision on our development proposal. This in turn has cost our company a great deal of money, not only in what was expended but in terms of a return as well. As I was to share in the potential profit of the proposal, his discriminatory stance has affected me monetarily. Furthermore, his treatment of me and making disparaging remarks about me to people in the community has damaged my reputation in the community when in fact his own discriminatory personality should be exposed.”

He also wrote that Oakman was guilty of discriminatory behaviour as well, through her inaction.

“One would have thought in today’s day and age, our society would be beyond this type of behavior,” wrote Atwal.

Prior to this report, the exact details of the settlement between the CVRD and Atwal were not known to the public.

Comment was sought from the CVRD and Grieve by the MyComoxValleyNow.com newsroom about the complaint and the settlement.

In response, the district replied with a statement from Russell Dyson, their chief administrative officer.

“At this point we have no further information available as the issue is being reviewed by our solicitors,” said Dyson.

“As soon as we are able to comment we will.”

The documents of the complaint can be viewed below. 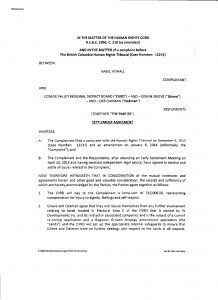 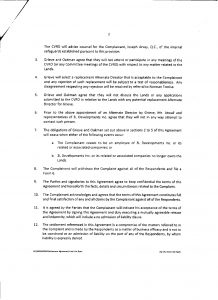 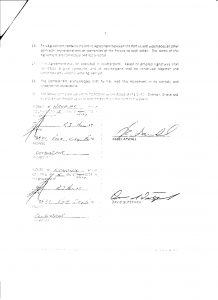 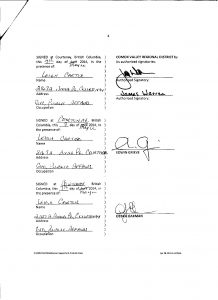 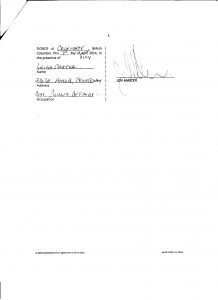 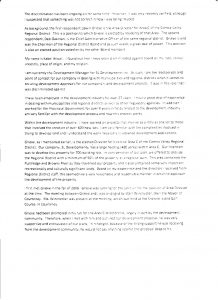 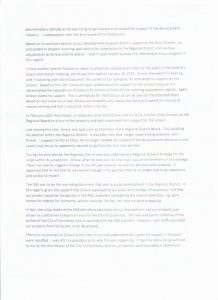 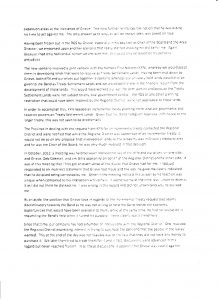 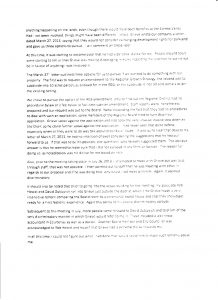 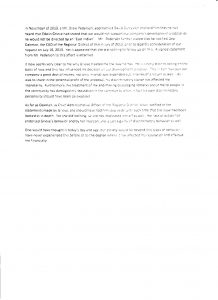