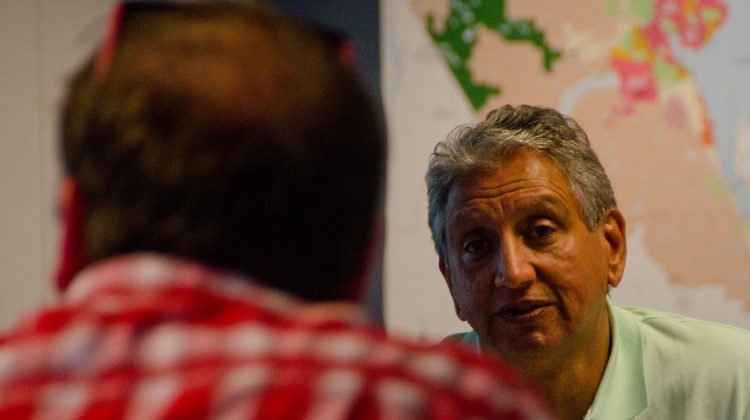 Kabel Atwal is pictured in a file photo from July 17th, 2018. Photo by James Wood/98.9 The Goat/Vista Radio

COURTENAY, B.C- The Comox Valley Regional District has explained its decision to settle a human rights complaint made in 2014.

The district was recently served with a petition to the Supreme Court of British Columbia, brought by 3L Developments Inc.

The company had been seeking nine court orders linked back to the district’s denial of the company’s application for an amendment to the Regional Growth Strategy, in order to create a new settlement node at their lands near Stotan Falls.

“The CVRD’s solicitors are actively reviewing the petition and accompanying materials and preparing to defend this claim,” read a statement from the district, issued on Tuesday.

“The CVRD has been committed to a fair, transparent process for the application and will continue to be respectful towards the court process and applicant’s options moving forward.”

Part of the company’s petition referred to a settlement reached between the district and 3L after an allegation to the Human Rights Tribunal in 2014.

The details and documentation of the settlement and complaint can be found here: https://www.mycomoxvalleynow.com/44071/cvrd-paid-3l-project-manager-15000-in-human-rights-complaint-settlement/

The CVRD has now explained why the settlement was reached. According to their statement, the district received the complaint in January of 2014, which was brought by Kabel Atwal, a representative of the company.

Atwal had alleged that Area C Director Edwin Grieve had made racist remarks about him.

The CVRD stated they had entered into a settlement hearing to respond to the allegations, and Grieve refutes the claim that he made any such statement. The district and Atwal entered the settlement agreement, which included a confidentiality clause and a clause confirming that Grieve did not make any such comments.

“Generally speaking, decisions to enter settlement agreements are oftentimes made to

o   come to terms with the individual who may have been impacted,

o   allow the parties to move forward, and

The CVRD’s statement indicated the tribunal dismissed the complaint in May of 2014.

“As the agreement contained a confidentiality clause, the CVRD intends to uphold the spirit of that clause and not discuss the matter further,” read the statement.

The MyComoxValleyNow.com newsroom reached out for comment from the CVRD.

Asked about whether it was possible to view the documentation of the clause confirming Grieve did not make the statement, the source of the funds used in the settlement payout, and whether or not 3L will face any impact from the settlement details being made public, the district had the following response.

“As the agreement contained a confidentiality clause, the CVRD intends to uphold the spirit of that clause and not discuss the matter further.”

They did confirm that Alternate Director Curtis Scoville will continue to represent Electoral Area C for 3L Development Inc matters.