CVRD heading to court in January to respond to 3L petition 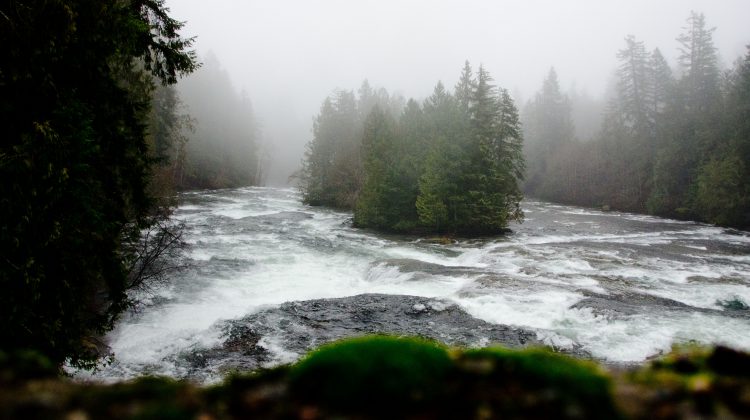 The Stotan Falls are pictured in a Goat News file photo. Photo by James Wood/98.9 The Goat/Vista Radio

COURTENAY, B.C- The court battle between the Comox Valley Regional District and 3L Developments Inc will be continuing into 2019.

The move was the latest development in the company’s effort to develop lands located close to Stotan Falls, a popular swimming spot along the Puntledge River.

The district has now filed a response to the petition, which disagrees with every point raised by the company.

According to a new statement by the district’s chief administrative officer, Russell Dyson, their lawyer has advised the CVRD to limit their comments on the matter while it is before the courts. However, they wanted to make it clear that they had considered 3L’s request to amend the RGS in a “fair, open and transparent process.”

“We followed all requirements set out in Provincial legislation, CVRD bylaws and policies and met the Court’s expectations from previous decisions regarding 3L’s proposal,” said Dyson, in the statement.

“Amending the RGS is a serious undertaking. The RGS is a regional planning framework that guides growth and development and protects the environment, health and livability in the CVRD for all citizens. We fully consulted with the public and 3L during this process. We kept 3L informed and respected their interest, processing their application in a timely manner.”

A set of documents were attached to Dyson’s statement, which were said to be the same filed on December 21st to the province’s Supreme Court.

Those documents include sworn statements from multiple CVRD staff, as well as Director Edwin Grieve and his alternate for 3L matters, Curtis Scoville.

Exact details can be found in the statements, which can be viewed via the following links.

The district’s announcement has been shared by Courtenay mayor Bob Wells, who also serves as the chair of the CVRD board, as well as Area A director Daniel Arbour.

“For those who have been following the 3L Development saga at Stotan Falls, the CVRD is fighting the latest petition by the developer and clarifying our view of the timeline and facts of the case,” said Arbour, when sharing the announcement.

“Should be in court shortly to hopefully put this case to rest.”

The matter will be back in court in Vancouver on January 17th and 18th.