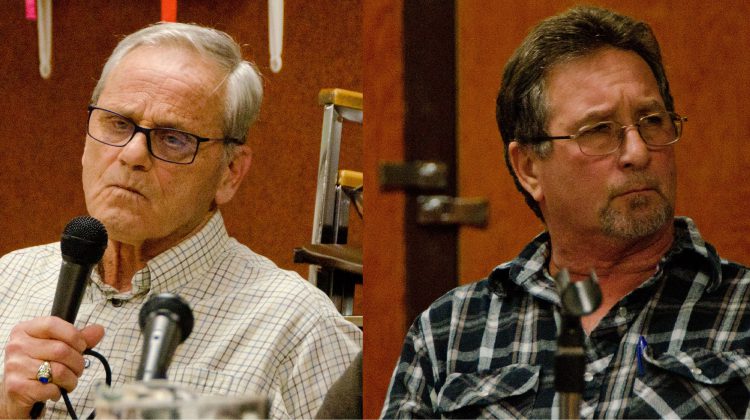 UNION BAY, B.C- The trustee board in Union Bay won’t be getting changed soon.

The Union Bay Improvement District (UBID) has been having a chaotic week. After last weekend’s election, in which Paul Healey and Hein Vandenberg were elected to the two empty seats on the UBID trustee board, neither of them have been sworn in and the district has yet to hold it’s annual general meeting.

The reason for that chain of events can be found here: https://www.mycomoxvalleynow.com/53442/union-bay-chair-cancels-public-meeting-over-fear-of-violence/

It has also been confirmed by board chair Ted Haraldson that the two trustees who would have vacated their seats, Peter Jacques and Glenn Loxam, remain on the trustee board.

In order to get clarity on the situation, the MyComoxValleyNow.com newsroom reached out to the provincial Ministry of Municipal Affairs.

The ministry responded by saying they were aware that trustees have had disagreements on issues affecting their community.

“Elected officials are expected to conduct themselves responsibly to serve the communities they represent,” read a statement from the ministry.

“If trustees cannot meet these obligations, ministry staff are available to provide information about best practices for the conduct of board meetings and other procedural matters. Ministry staff continue to be available to Union Bay Improvement District staff to assist, where appropriate, as it works through its challenges.”

The ministry also said that the terms of the new trustees will begin at the district’s annual meeting, which remains postponed for fear of violence as of this publication.

“Under the legislation, at least once a year, an improvement district must hold an annual general meeting and this meeting must be open to the public,” read the statement.

Asked if the ministry would be assisting with the appointment of a facilitator for the annual general meeting, which Haraldson had suggested earlier this week, the ministry indicated Union Bay was in charge of finding one.

“The Ministry continues to be available to assist UBID, where appropriate, as it decides its path forward for holding the AGM,” read the ministry’s statement.

“Please check with the UBID on timelines for their AGM.”

As for whether or not trustees were conducting themselves responsibly, the ministry said they couldn’t make comments on the specifics of individuals conduct.

There has been no new date for the annual general meeting released as of this report.