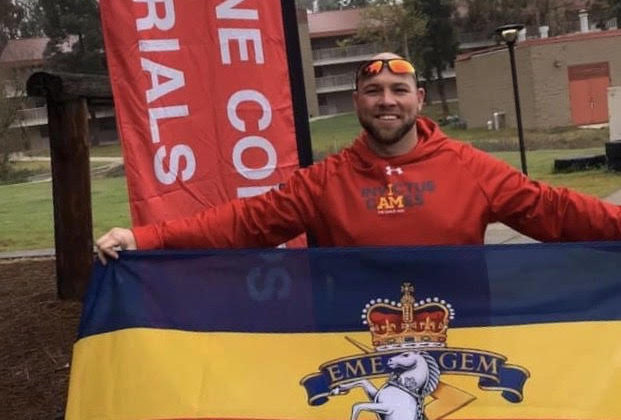 A Vancouver Island military veteran is resetting his sights on the 2021 Invictus Games.

Chris Zizek’s plans on competing at the 2020 Games – that would have happened earlier this month in The Hague, Netherlands – came to a screeching halt because of the pandemic.

The Games is a multi-day sporting competition for wounded, injured and sick servicemen and women, both serving members and veterans.

It was postponed on March 19th and organizers are looking at rescheduling to either May or June of next year.

This would have been the first taste of Invictus Games competition for the Campbell River resident, who is a Sgt. (Retired) with the Canadian Armed Forces.

It’s been a long and winding road to this point for Zizek, who would have competed in rowing, swimming, and seated volleyball in the Netherlands.

After spending nearly 20 years serving both on home soil and overseas, he was medically released in January 2019 due to physical injuries.

“I have really bad hips,” Zizek said in November 2019. “I got kind of beat up. I was a mechanic in the army as I am doing now as a civilian but it’s a lot of extra weight that I was doing working on the armoured vehicles and heavy equipment so I had some… hip surgeries and just by virtue of what we call universality of services, I was released medically.”

Since then, he has also been officially diagnosed with post-traumatic stress disorder (PTSD) stemming from a tour in Afghanistan.

“I’m dealing with both physical injuries and mental injuries that I’m trying to make in a positive spin, now,” Zizek said. 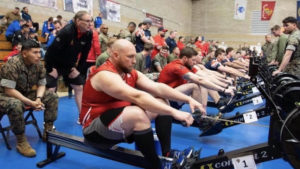 Fast forward to a couple of months ago, and Zizek said he saw the rescheduling coming: “We were actually on our second training camp in San Diego as the pandemic was starting to explode, here, in Canada. I arrived back in early March and just as we were leaving San Diego, they had mentioned that there could be a possibility of it being cancelled or postponed, but I think it was a day or two later we got the video from Prince Harry that they are going to postpone it for a year.”

Zizek pushed past the initial disappointment and is now looking ahead to next year.

“It gives us an extra year to plan for it,” he said. “Some of our teammates are already getting together, doing Zoom workouts. It’s kinda funny, there is a Paralympic athlete who was an Invictus athlete in 2017 and he’s actually invited us to do all of his team workouts, too. It’s been really good. I have a row machine, here, at home where I’ve been able to continue training and I see some of my teammates that are still training, too, on their equipment.”

The Zoom workouts have strengthened the bond among Zizek and some of his teammates.

“There are a dozen of us, (or a) half dozen of us, depending on the day, and we still chit chat, we still have our chat groups or we throw our memes or videos or inspirational quotes for the day,” Zizek said. “We do our best to try to keep in contact and stay close like we can. I can guarantee the friendships have definitely grown ever since our second training camp, for sure, and they’ll continue to grow every day.”

Looking back, the organization Soldier On put out a call out to see who would be interested in joining Team Canada in 2020. Zizek said he wasn’t on board at first, but during a volunteer placement with BC Parks, he met an ex-military member who just so happened to be a past Games participant, and after a little bit of prodding from him, Zizek decided to apply.

Of the 500 people who applied for a spot on Team Canada, 31 were selected.