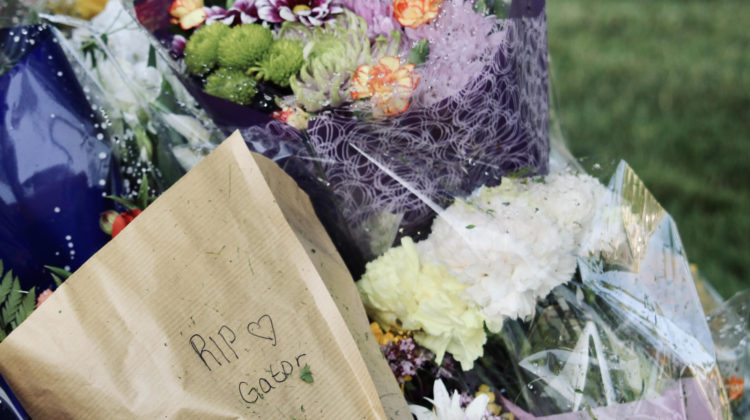 Campbell River is reeling from a loss, remembering a local police service dog stabbed to death in the line of duty. 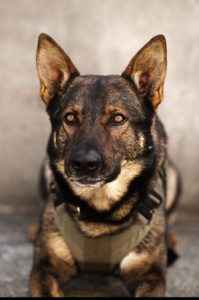 A man with an outstanding warrant fled a traffic stop, sparking the incident. He was later found near the restaurant on Highway 19A.

Police say 7-year-old Gator was stabbed, succumbing to his injuries. The officer also suffered from a knife wound. At this time, the Independent Investigations Office of British Columbia (IIO BC) has been notified; they’re investigating further into the incident.

Since Gator’s passing, the community has come together. A makeshift memorial can be found out front of the Campbell River RCMP detachment.

Last night, a procession in memory of Gator saw emergency vehicles cruise around town, as locals lined the streets to show their respects. Find video of the procession here.

“Gator has saved lives, solved crimes, and just lifted the spirits of the officers in our detachment by being present, and [yesterday] he made the ultimate sacrifice while on duty,” Cst. Maury Tyre says.

According to police, Gator graduated from training in June of 2016. Since then, he was a ‘very big’ part of the local detachment’s family.

“Our collective hearts are truly broken right now,” adds Cst. Tyre. “We know that the community feels this loss as well, and we would like to thank them for the outpouring of support and well wishes.” He continues, “Our thoughts are with Gator’s handler, and Gator’s handler’s family.”