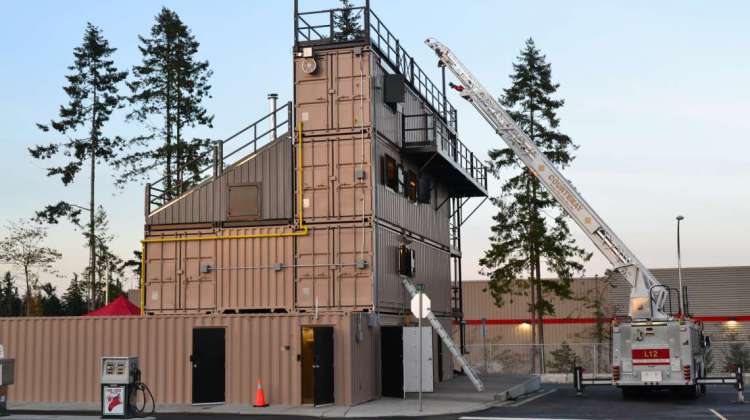 Firefighters in Courtenay have some new training ground.

The department recently unveiled their new training centre, It’s located on Waters Place in East Courtenay, between Costco, Home Depot and the BC Hydro substation.

Courtenay Fire Chief Don Bardonnex says it has quite a few specs that will allow for a variety of practice drills, including a variety of posts for different training exercises, like a balcony with 2 repelling stations and a kitchen burn room.

Bardonnex says it also features a digital system that can produce virtual fires in any of the rooms covering all types of scenarios.

The Chief adds the building is named after Captain Lane Macdonald, a decorated member of the Courtenay fire department.

Bardonnex says the department is looking to have an open house this coming weekend.