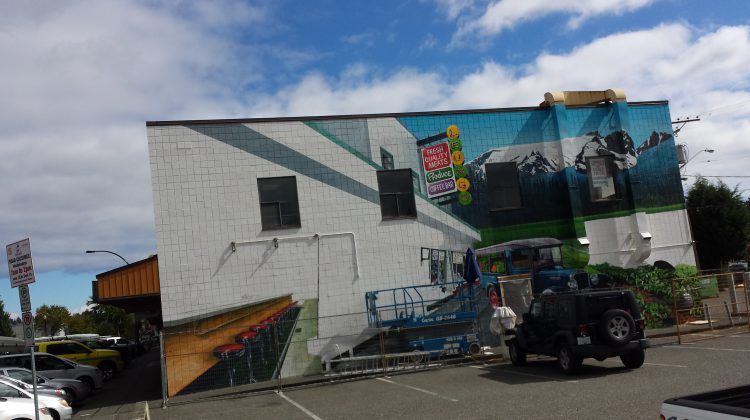 Some new artwork is being added to the Golden Carriage Building near the corner of 5th and Fitzgerald in Courtenay.

The downtown BIA is behind the project, along with locally-based Flywheel Studios.

Deters says the mural is a great way to revitalize downtown.

Council has shown strong support for the project and the revitalization of downtown. So far, about $10,000 of $20,000 has been raised to help complete the mural.