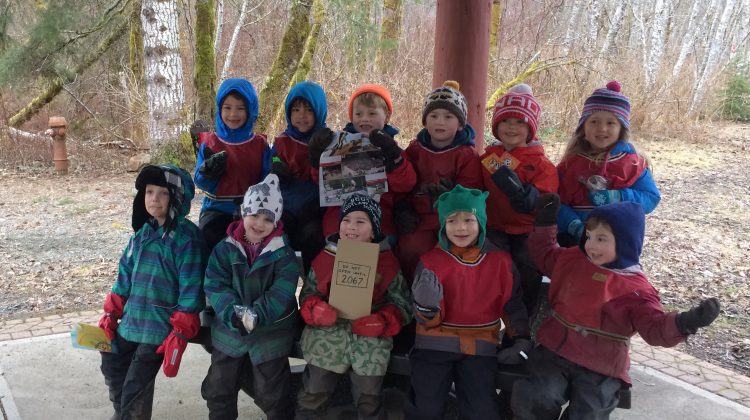 Young students in the Hand-in-Hand Early Years Nature Education Program have put together a time capsule.

Program spokesperson Heather Thomson says the inspiration came from discoveries made at the Coal Creek Historic Park in Cumberland.

“It used to be the location of number-one townsite – which is the Chinese and Japanese settlement, and we would find [evidence] bits of pottery and glass, all kinds of things that the kids were really wondering what they were and about the people who lived there and what they were doing…we ran with that idea and wanted to create our own little treasures for people to see in the future”, Thomson says.

Thomson says the capsule has been deposited at the Cumberland Museum and is set to be opened in 50 years.