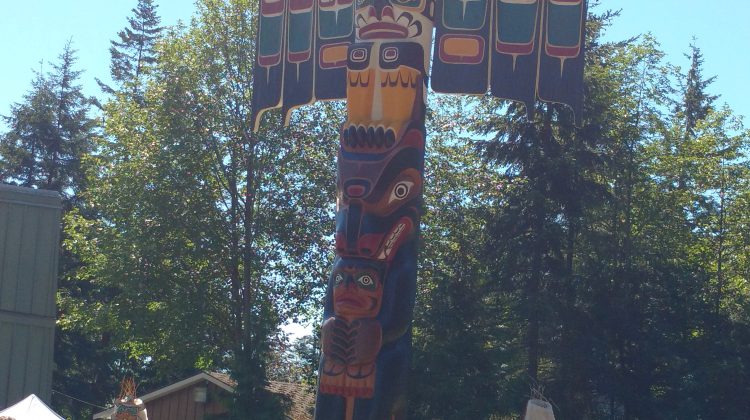 A museum on Vancouver Island has revealed it’s newest artifact.

The Thunderbird Bear totem pole was unveiled by carver Bill Henderson at the Campbell River Museum this weekend.

Campbell River Mayor Andy Adams says the pole will help expand the relationships between the community and First Nations in the region.

“I think the relationship with the [First Nations] is as good as it’s been in my memory and we’re certainly looking forward to expanding that, especially this summer with the BC Elders Gathering,” he says.

The previous pole was made by Henderson’s father Sam more than 50 years ago.