Fire crews come together to battle wildfire in Comox Valley 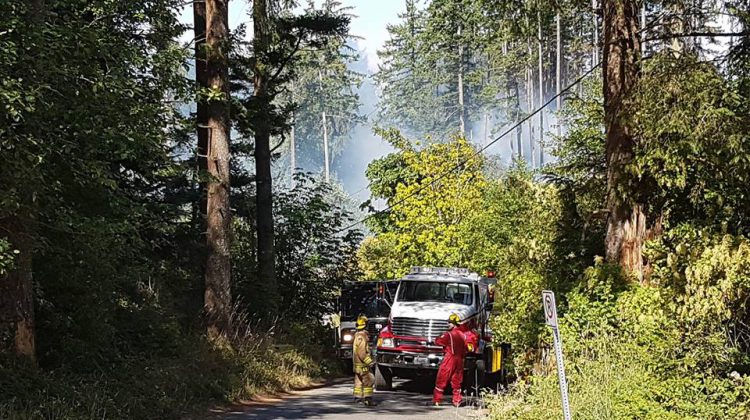 Fire departments from across the region and the Coastal Fire Centre responded to a brush fire off Curtis Road.

The blaze broke out early Saturday afternoon. Tanker trucks were called in to help battle the fire due to limited water in the area. Two helicopters from the Coastal Fire Centre also brought in.

Crews were able to get the 0.5 hectare blaze contained in a few hours.

The exact cause of the fire is being investigated. The Coastal Fire Centre has listed the fire as human-caused, noting there was no lightning in the area at the time the blaze began.

Leslie Yerex lives near-by. She says the area where the fire broke out is a popular spot. “It’s where a lot of kids will come on the weekends and they pack their own firewood and beer in there and whatever and they party,” she says. “I’m not sure if that’s what started this, but it kind of makes sense where the location is.”

When asked if the fire was alarming, Yerex had praise for the response by the crews, “It is [alarming], but I’m from the Kootenays and I have experience with forest fires. I mean they’ve got more action going on here than I’ve seen before. This is awesome.”