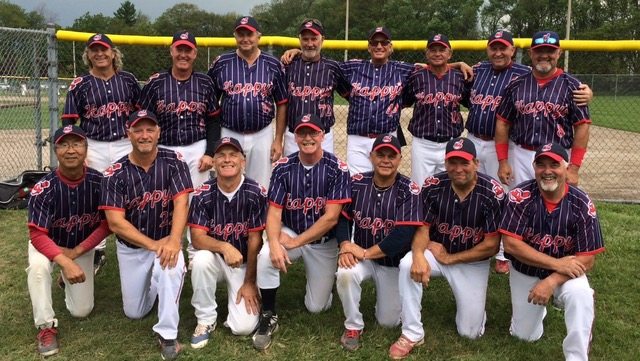 The Happy’s Source for Sports Islanders are Canadian co-champions.

Last year’s Masters champions went into Hamilton, Ontario looking to defend their crown, but Mother Nature threw a slight curve-ball into their plans.

The 57-plus team faced the Oakville A’s in the tournament final.
They went up 4-0 in the bottom half of the fifth inning before rain poured down and caused the tournament committee to call the game and name both teams co-champions.

Lane Parker was named Happy’s tournament MVP. With Mother Nature leaving a mark on this year’s tournament, the team has vowed to defend their title at the 2018 tournament in Prince Edward Island.