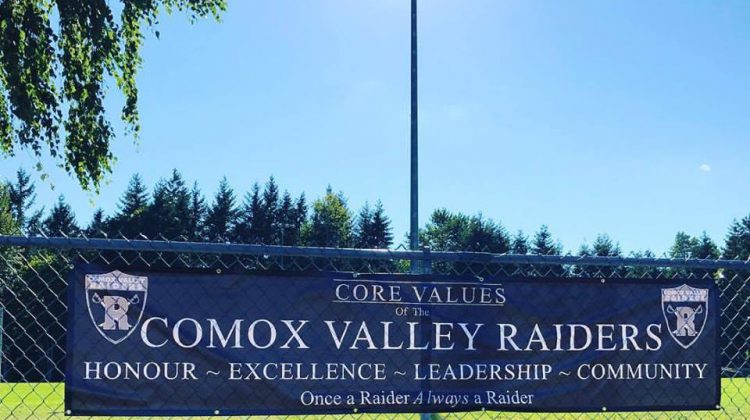 It was an emotional weekend for the Comox Valley Raiders Youth Football Club.

The Pee-Wees went to battle with the Oceanside Lions and won 38-6, securing their spot in the Island Championship. They’ll likely face the Victoria Renegades in the final. The winner of that match moves to provincials in Kamloops November 18th and 19th.

Unfortunately, the weekend also marked the end of the season for the Raiders’ Bantam team. After going undefeated (10-0) on the regular season, the Bantams were defeated by the Victoria Spartans 29-22. It was a tough end to a positive season.

The Bantam roster comprised of 14 and 15-year-old players from Campbell River and the Comox Valley.

Winter conditions forced the game between the Raiders and Spartans to be moved from Bill Moore Park in Courtenay to the turf field in Ladysmith.