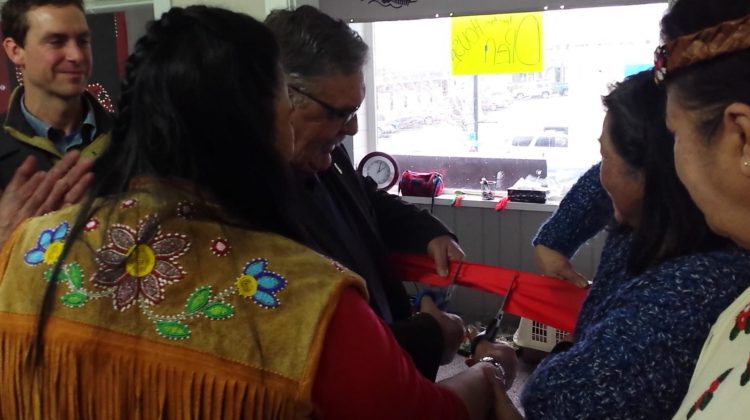 COURTENAY, B.C.- It was a day to celebrate for the Comox Valley Multicultural Society and the Indigenous Women Sharing Society (IWSS).

The two groups cut the ribbon at the grand opening of their new, shared offices in Courtenay.

Taylor said the IWSS was established on March 3rd, 2017, and it’s great to finally have an office space. The group has an active membership of more than 60 people, and is run on a volunteer basis.

They offer seniors cultural and social activities. The Society is open to all Nations, according to Taylor.

“It means the world, because we are hoping in the future to go much bigger,” she said.

“We are hoping to have hopefully some type of centre where people can come and get that cup of coffee or bowl of soup that they want. We know there are other services in the community as well, but it’s really important for us to offer that to our people and those on the street.”

Taylor said they plan on creating a website, as another space where people can seek guidance.

“We have very similar cultural background, we find it important to help each other in cultural tradition, education. I just feel like we belong together,” said Jin Lin, the head of the Comox Valley Multicultural Society. The CVMS is a non-profit that has been around since 1991.

Lin said she first began working alongside Doris Weislein, the President of the IWSS, a couple of years ago through the Comox Valley Multicultural Festival.

“This is a dream come true for me, to be able to offer this to our people,” said Taylor.

The office space is located at 576 England Avenue in Courtenay.

You can find out more about the IWSS through their Facebook page, and the Comox Valley Multicultural Society at their website.