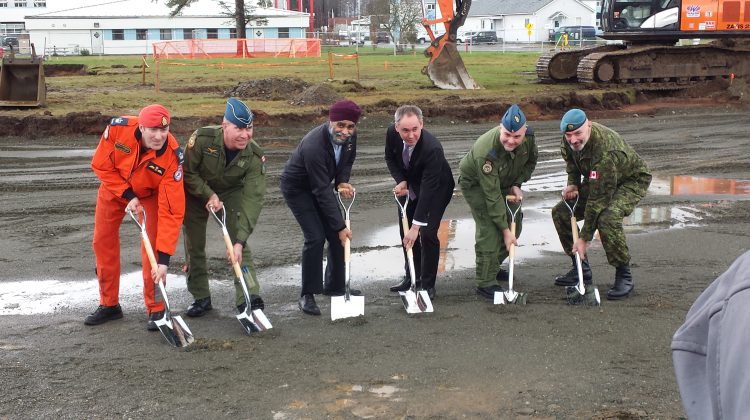 “When you see all of these folks, all of you in uniform, you are the closest thing to super-heroes,” said Sajjan, addressing the Canadian Armed Forces members in attendance.

“Today, we are here to mark another important milestone as we work together to ensure that the military search and rescue profession remains strong well into the future.”

The new training centre will include ten classrooms, as well as simulators and training devices for Royal Canadian Air Force aircrew, search and rescue technicians, and maintenance personnel who will operate the C-295W search and rescue aircraft.

“The complex geography of our country calls for maintaining sophisticated search and rescue systems,” said Sajjan.

“The Royal Canadian Airforce, including the women and men here at 442 Transport and Rescue Squadron play a pivotal role in the air dimension of the federal search and rescue program.”

The first aircraft to is set to be delivered in late 2019.

In December of 2016, the federal government awarded Airbus Defence and Space the initial contract to acquire a new fleet of 16 C-295W fixed-wing search and rescue aircraft.

These will replace Canada’s fleet of Buffalo and (legacy) Hercules aircraft. The contract is for a period of 11 years and comes out to $2.4 billion.

Sajjan noted in his address that Airforce search and rescue crews embark on approximately 1,000 missions across Canada each year.

“Missions are often vital to the safety of those in distress, they are vital where time is of the utmost importance and the margin of error is slim to none,” he said.

“Our government understands the need to provide our air search and rescue personnel with the support they need to do their job well, with the benefit of optimal technology and the best possible training.”

Sajjan said the use of simulators will allow for a safer and more realistic training experience.

“It will reinforce Comox as a search and rescue centre of excellence in Canada,” he said.

The new training centre is also anticipated to create many new jobs.

“The creation of this centre is expected to create 300 jobs in Canada over the three-year development phase, and 50 jobs during the in-service support phase, just here in the Comox area,” Sajjan said.

The construction is set to be completed by Spring 2019, and initial training should start later that year. Canadian company CAE has been awarded the construction contract.

Once completed, the centre will house close to 200 students.

During the transition to the new search and rescue aircraft, the existing fleets will continue to be used until the new aircraft arrive.