Bringing the Ilo Ilo Theatre back to life 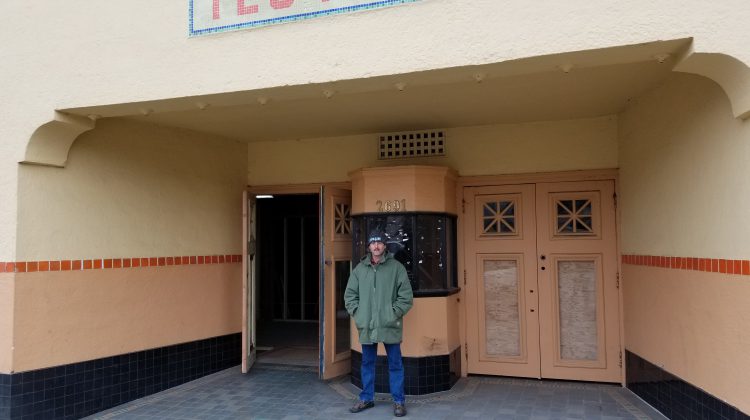 CUMBERLAND, BC- The smell of popcorn, the sound of music, and the opening of the curtain.

Those are just some of the staples that one can name when thinking about the Ilo Ilo Theatre in the historic village of Cumberland, British Columbia.

The Ilo Ilo first opened as an opera house in 1914, and later became a movie theatre in the silent film era. The downstairs hall hosted Saturday night dances with the Cumberland Symphony Orchestra.

A massive fire severely damaged the building in 1932, and the facility was rebuilt by its owner E.W. Bickle within a few months. It continued to serve as a movie theatre until 1957.

The building was purchased by Dave and Cathy Stevens in the 1970s and converted into an auction house. It was also used as a performing arts theatre.

Come the turn of the century, the family of Cumberland’s Henry Fletcher bought the Ilo Ilo in 2007.

“My parents were interested in keeping it in the community as a performance venue,” Fletcher said. “The damage to the foundation especially was pretty substantial. It was built on the burnt timbers of the first Ilo Ilo Theatre, and much like some of these beautiful old buildings in Cumberland, the foundation was kind of a wreck.”

“The money that we had hoped to (use to) spin it into a, just a DIY venue, all that money was spent (fixing up) the foundation,” he said. The building has been sitting idle for a few years, until now.

“That will hopefully make it easier to get capital fundraising efforts off the ground, (and) grants and it will be run purely as a non-profit community space,” he said.

The costs for the original foundation restoration work was solely covered by the Fletcher family.

Henry said there are a lot of groups in the Comox Valley excited about the prospect of reopening the theatre.

“Especially theatre companies, like Theatre Works, Three Legged Dog Productions (and) Courtenay Little Theatre, are eager to have another venue to put on concerts.”

Fletcher said he applied for Canada 150 funding last year, through the (Canadian) Museum’s Association. The $37,000 in funding will go towards fixing up the lobby and creating an animated fundraising centre.

“We will be putting in a museum-style exhibit that details the history of the building, where it’s at now and where we hope to take it,” he explained.

“I just like the idea of animating the building and showing that it’s back to life, and I think that will energize people’s interest in the space.”

They will also put a window in the lobby so people can look into the Ilo Ilo’s main auditorium, which until restored, remains unsafe for the general public to walk through.

As for that main space, Fletcher said it will eventually be used for film screenings, live theatre performances, fashion shows or even events like flea markets.

“I’d love to talk to Dave Stevens about bringing the auction back, even in a fundraising capacity would be really cool because that was such a huge part of this building’s presence in Cumberland on Friday nights,” he noted.

“It’s like the living embodiment of Cumberland. We’re slowly losing spots that have that old, historic feel. I think once this place is reopened to the public, it might serve almost as a town hall.”

He said he’s heard so many stories from residents about their experiences at the Ilo Ilo Theatre. “Even (Cumberland) mayor Leslie Baird told me that she had to wait in the lobby for her parents to come out of the movie theatre, and she would see (E.W.) Bickle come in.”

Fletcher said the amount of love and support the community has shown for the project is a huge motivating factor, and that this endeavor is certainly a “labour of love”.

Now, he’s inviting residents to donate any artifacts that people might have from when the theatre was open.

“I’ve already gotten calls to donate E.W. Bickle’s briefcase that he would bring here to collect the takings from the night, and the old upright piano that this women’s uncle, Sleepy Willie, would use to come in and score the silent films. They’re happily re-donating the piano to the lobby project,” he said.

Fletcher hopes the lobby is open within the next few months.

“We (have) had a lot of mishaps along the way, just to get the project greenlit, so we only got the building permit this past week, but Tim (Patterson) and his guys have been in here doing fantastic work already,” he said.

“We do have plans to have it open, especially for community events like Miner’s Memorial Weekend (June 22-24, 2018), we’ll be hosting sort a book fair in here and some smaller art shows and things like that, so I’m hoping March or April at the latest.”

Residents with historical artifacts can contact the Ilo Ilo Theatre Society at iloilotheatre@gmail.com.