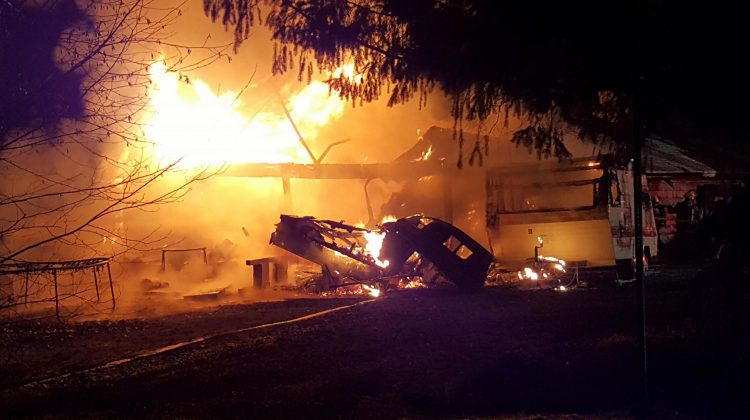 A submitted photo of the scene, courtesy of Kleanna Cross.

UPDATE: Witnesses on scene Sunday morning told 98.9 The Goat that everyone got out safely, and the fire reportedly started in a trailer that was parked beside the main structure. No official cause has been released yet by the fire department. The aftermath of a fire that destroyed a Courtenay home Saturday night. Photo by Justin Goulet/98.9 The Goat/Vista Radio

COURTENAY, B.C- A home has been destroyed in Courtenay’s west end after a fire on Saturday night.

The fire is believed to have broken out around 8 p.m., close to the corner of Houlgrave Road and Salsbury Road.

While there is no official information on the incident available, the structure is believed to have sustained major damages. No injuries have been reported from the scene.

This story will be updated once more information becomes available.

-With files from Justin Goulet