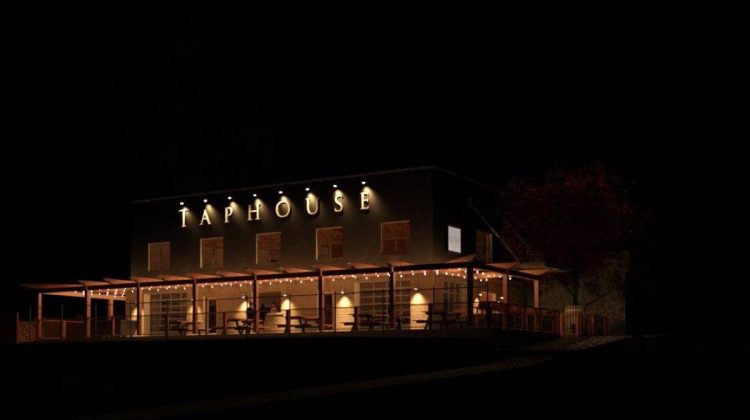 A draft image of the restaurant attached to the Comox council agenda.

Comox council has approved a change of plans for a new downtown restaurant.

A revised development plan for the new Church St. Taphouse, to be located at 215 Church Street, was given to council last night.

“They’ve reduced the area of the building by about 164 square metres, to a total of 300 square metres,” said Comox mayor Paul Ives on Wednesday.

“There will be a smaller second storey, and they will have a reduced footprint. My understanding is that’s just related to the cost of building and they want to bring their costs down.”

Ives said with approval of the new permit, construction should start on the taphouse shortly, even as early as late spring or early summer.

A licensed patio will also be part of the building.

A mezzanine level will be used primarily for administration and storage.

Ives expected the taphouse to create more “vibrancy” in the downtown core, especially with the loss of the Lorne Hotel.

In a Facebook post after the approval, he stated that the project should be finished by March of 2019.