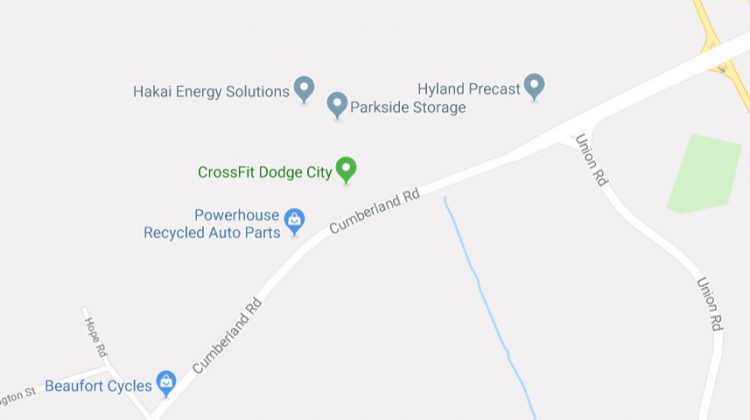 A Google Maps image showing the general area of the closure.

CUMBERLAND, B.C- Drivers between Cumberland and Royston will be facing delays after next week.

As part of scheduled roadwork from the village government, the section of Cumberland Road just west of Union Road will be partly closed to traffic starting April 9.

“This section of road was allowed to settle over the winter months, after it was pre-loaded in August 2017 to prepare a firmer foundation for paving,” read a statement from the village.

“The area is now ready for final steps, which includes replacing the temporary surface with a stable base, paving the newly-widened roadway, finishing dedicated bike lanes, and adding landscaping touches along the area.”

The work entails a “general closure” of the roadway, from April through to the end of May.

“We are very excited to see the end results of many years of planning and hard work,” said Mayor Leslie Baird in the village statement.

“As always, we thank the community, in particular the business owners and residents along Cumberland Road, for their support during this last stretch of construction.”

Detour routes will start on Monday from 8 a.m. to 4 p.m. Local businesses and residential traffic will have access to the route, though they will need to advise flaggers where they’re going.

“The detour route will run along Union Road to Royston Road and the construction area will reopen to traffic at the end of each work day,” read the village statement.

This is the final phase of upgrades in the village, with the previous two focusing on Dunsmuir Avenue and Cumberland/Bevan Road.