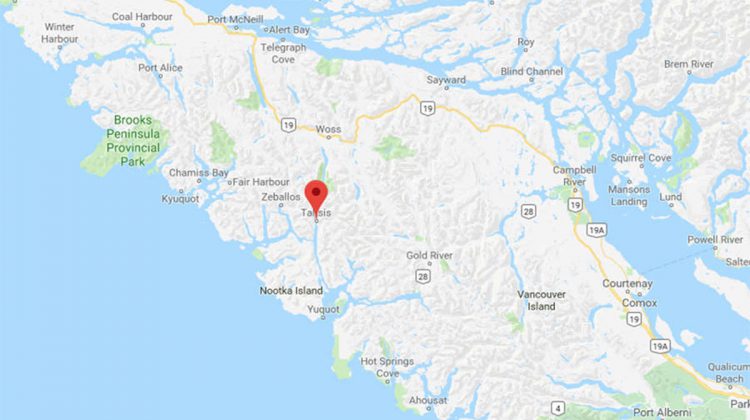 A map of the area. Photo courtesy Google Maps.

Crews will be on the stretch of road between Gold River and Tahsis beginning Monday, April 23. The work is expected to last until June 8, 2018.

Thirteen kilometres of the 60-kilometre route will be upgraded.

The coating helps extend the life of the road by sealing out moisture.

According to a notice from O.K. Industries, work will be occurring in both lanes, but single lane alternating traffic will be in effect during the construction.

A pilot car is going to be used, and the active speed limit in the construction zone will be 60 kilometres per hour.

Drivers are asked to obey the instructions of road personnel and to watch for informational signs along the route.