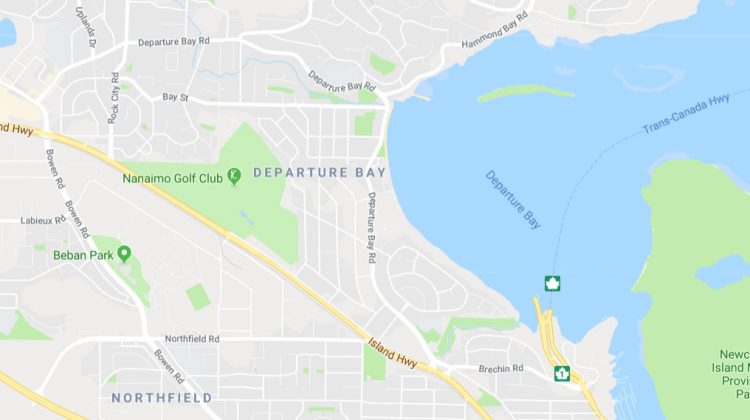 UPDATE #2: The RCMP’s Independent Investigations Office has been called in to investigate an officer involved shooting at the Departure Bay Terminal in Nanaimo.

Police are not saying much but did release a statement.

It says, the Island District Emergency Response Team were assisting Nanaimo RCMP in an attempt to arrest a man coming off the Departure Bay ferry following a violent car jacking incident from another area of the province.

The vehicle was stopped by police and a take down was initiated as the man drove off the ferry.

Mounties say an initial investigation, based on police accounts, suggests the man got out of the car with what police believed was a firearm and shots were fired.

The suspect was seriously injured and has since died from those injuries.

None of the officers, nor any other members of the public were hurt.

Police have secured the scene and the Independent Investigation Office of BC will conduct the investigation.

No other information is being released at this point.

Police are asking any witnesses to call.

The ferry is operating but may be running behind and there may be some detours in place at the terminal.

UPDATE#1: BC Ferries has confirmed that ferries are back are once again operating between Departure Bay and Horseshoe Bay. They say the vessels may be delayed because cars are having to disembark through the boarding side of the Departure Bay terminal because of the developing police situation.

Reports from the scene say there was a police-involved shooting in the exit lanes of the transport hub, earlier this morning.

Emergency vehicles have blocked the exit lanes, and passengers on the ferry have been unloaded.

BC Ferries has delayed all sailings from Departure Bay at this time.

This story is developing and will continue to be updated.