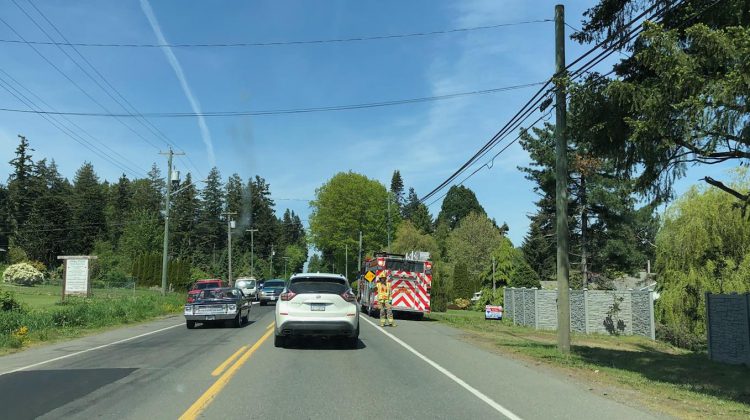 Crews flagging traffic on the Old Island Hwy in Courtenay on May 13, 2018. Photo submitted.

COURTENAY, B.C. – Traffic was slightly delayed on Sunday afternoon after a vehicle collision on the Old Island Highway in Courtenay.

The Comox Valley RCMP responded, along with the Courtenay fire department to the scene just past the Millard Nature Park.

The RCMP later told the MyComoxValleyNow.com newsroom that it appeared as though the incident was a minor collision, with no serious injuries reported.

Crews were cleared from the scene after 1:00 p.m.