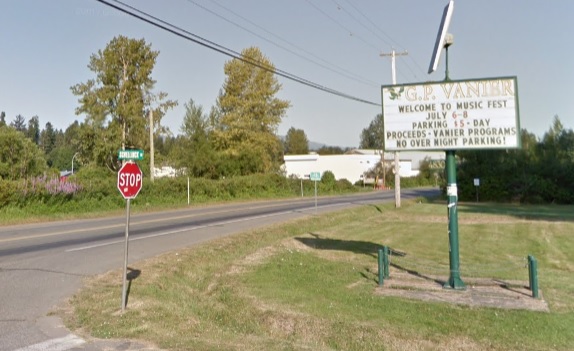 COURTENAY, B.C- Drugs found at a Valley high school prompted a visit from the RCMP on Thursday.

According to Constable Monika Terragni, the spokesperson for the Comox Valley RCMP detachment, officers went to Georges P. Vanier Secondary on Thursday for a drug-related matter, though exact details of what took place were not released by police.

Mary Lee, the spokesperson for the Comox Valley School District, stated that police were called to confiscate drugs that were found on school property. She indicated that police are called as part of school procedure when it comes to contraband, in order to properly dispose of the material.

She did not provide any details on the exact time the call took place, or what was found at the school.

“The thing to know here is when student’s behavior contravenes the school code of conduct, they’re subject to disciplinary action, depending on the severity of their actions,” said Lee.

“When it involves drugs, we will call the RCMP to properly dispose of the contraband.”

Disciplinary action will go through either the school level or the schoolboard, depending on what is decided.

“We work very closely with the students, the school, and the family to render a disciplinary action that is suitable to the situation,” said Lee.

No details on disciplinary actions were released.

“I think the important thing to understand is that if it ever comes to that level, of expelling a student or a group of students, it must be dealt with at a higher level, and not internal to the school,” said Lee.

She stated the focus of the school district was on making a safe school environment.

“If there is any activity or if there is any contraband that is found on the school (property), obviously it’s against school code of conduct, but we’ll always provide an environment that will be safe for all students, and so there will be times when we have to work with our local authorities to ensure that we can have a safe environment,” said Lee.

“That is all part of our process, so it’s nothing to be alarming. We call them in when it is appropriate to do so, just to ensure that schools are safe. Safe for students, safe for our staff, and that we can carry on with day to day operations in our schools to provide our kids with the best education.”

Details on the students involved in the matter were not released.

“The number of students, who they are, their identity, because they’re underage we don’t delve into any of that information,” said Lee.

“It’s not required. It’s not necessary, and it’s to protect the students.”