No injuries in bush fire near Lake Trail 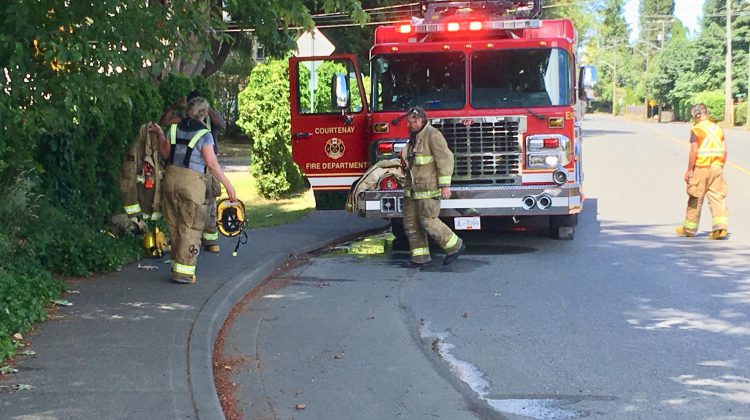 Crews on scene after knocking down a bush fire near Lake Trail Middle School on July 10, 2018. Photo by Troy Landreville/98.9 The Goat/Vista Radio.

The incident was reported around 2:00 p.m. The fire started up in the bushes near the school. At least five firefighters responded, and knocked it down in short order.

Crews on scene said it could have spread, and been “much worse” if not for the quick response by firefighters.

One truck responded, along with the department’s command vehicle.

The exact cause of the fire is not known, and no injuries were reported from the scene.