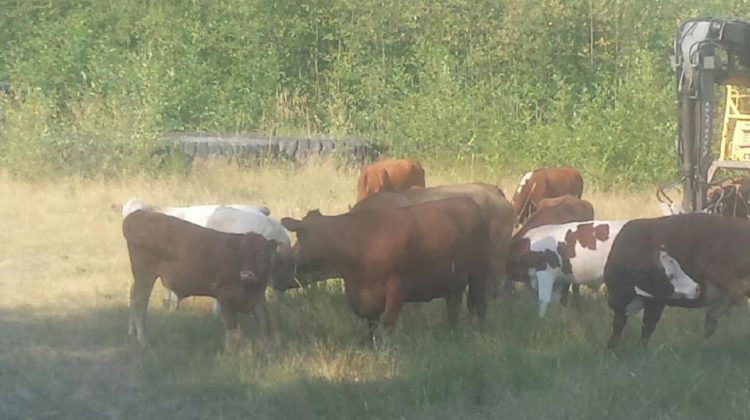 The cows are pictured on July 24th,2018, in a photo sent in by Charlotte Fulton.

MERVILLE, B.C- A wandering group of cows north of Courtenay are being taken home today.

The cows had appeared on the property of Charlotte Fulton, close to the end of Jones Road. When she reached out to the MyComoxValleyNow.com newsroom yesterday, the animals had been at her property for three days.

Today, the cows were taken back by their owner. Fulton said that around 25 animals were returned in total, up from the eight to 10 she had estimated yesterday. She believed the whole herd might have made their way onto her property.

The animals had been drinking out of her swimming pool, and damaged the pool’s pump.

Most of the animals were brown and white, with one black and white cow.