Body washed up on shore in Little River deemed not suspicious 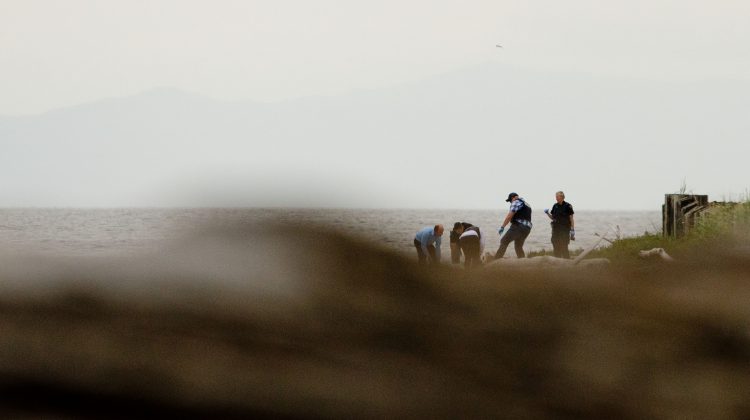 An investigation had been underway after she was found along a beach in the Comox Valley on Saturday.

According to police, the body was found around 4:30 p.m.

The provincial coroner service has now taken the file, and a cause of death has not been released.

According to Andy Watson, the spokesperson for the coroner’s service, their investigation will determine the cause of death and any contributing factors.

IMAGE CAPTION: Comox Valley RCMP officers assist in removing a body off a Little River beach on the evening of August 11th, 2018. Photo by James Wood/98.9 The Goat/Vista Radio