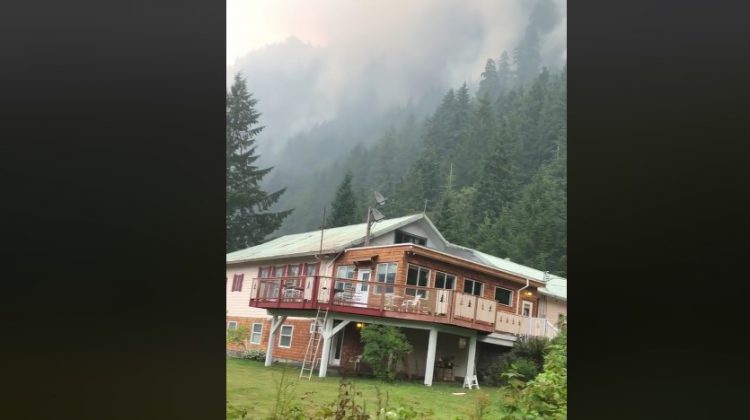 ZEBALLOS, B.C- A wildfire that sparked close to the Village of Zeballos is burning near houses this morning.

The flames had lit up on the outskirts of Zeballos, on a bluff overlooking the village. The Coastal Fire Centre had indicated that the flames were being bucketed yesterday, with firefighting efforts believed to have continued overnight.

However, the fire has now advanced closer to the community. A video posted by resident Ernest Smith shows a pillar of smoke coming from the forest directly behind houses, on the hillside adjacent to the village.

“I wish they would have stayed on the fire a few days ago, because they could have had it right out,” said Smith.

According to the North Island Gazette, a number of First Nations belonging to the Nuu-chah-nulth Tribal Council were planning to hold their summer games this weekend in Zeballos, but the events were cancelled due to the wildfire.

The MyTriportNow.com newsroom has reached out to the Coastal Fire Centre for an update on the situation. There have been no notices of evacuation issued for Zeballos as of this publication.