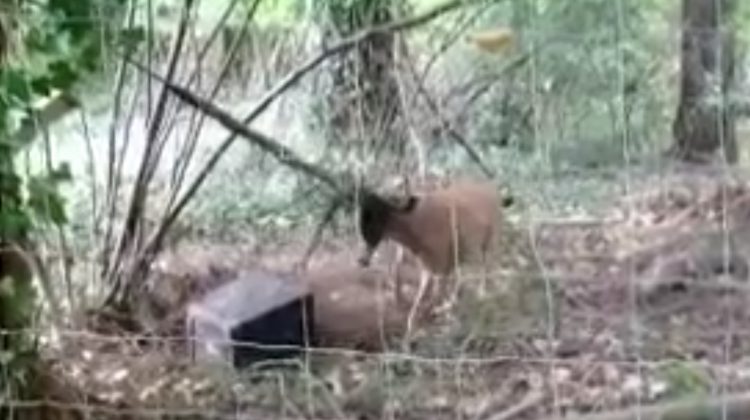 A screenshot of a video of the deer, supplied by RCMP.

COMOX, B.C- Police had to deal with an angry stag this morning.

According to a news release from the Comox Valley RCMP detachment, a woman was calling for help from the yard of her residence on Anderton Road this morning.

The police were called to investigate, and two officers went by. Once they arrived, they found the woman pinned on the ground by a male deer, unable to get up.

“The woman had been outside looking for her cat when she discovered a deer entangled in something by her fence,” read the release.

“She approached the large male deer and he turned on her, knocked her to the ground, and wouldn’t let her get up.”

The officers, who are part of the forensic section, grabbed onto the deer and managed to free the woman so she could walk to an ambulance.

The Conservation Service also came by, sedated the deer, and untangled him.

The woman is now back home, recovering from minor injuries.

She advised the public not to approach wildlife, even if they’re in trouble.