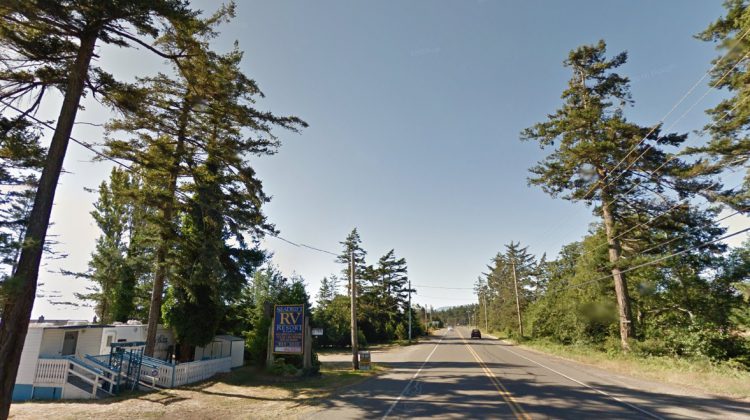 The rough area of the crash is pictured via Google Street View.

CAMPBELL RIVER, B.C- A middle-aged man from Campbell River lost his life in a motorcycle crash along the Old Island Highway today.

According to Sergeant Craig Blanchard, the unit commander of the RCMP’s North Island Traffic Services based out of Campbell River, a call came in around 8:30 a.m. about a two-vehicle collision along the highway south of Jubilee Parkway.

The crash involved a northbound motorcyclist, and a southbound dump truck. Blanchard said the driver of the motorcycle was deceased at the scene.

The highway was closed until roughly 3:30 p.m. while re-construction work was conducted by the police.

Multiple news reports have indicated that a man in his 40’s was driving the motorcycle, and crossed the centre line before hitting the dump truck head on. Following the collision, the truck lost its steering and crossed into traffic, hitting a hydro pole and flipping over.

Those same reports have indicated that both drivers were from Campbell River, with the dump truck operator not sustaining any injuries.

A clear cause for the crash remains unknown at this time, and a request for comment has been sent to the RCMP’s Traffic Service spokesperson.