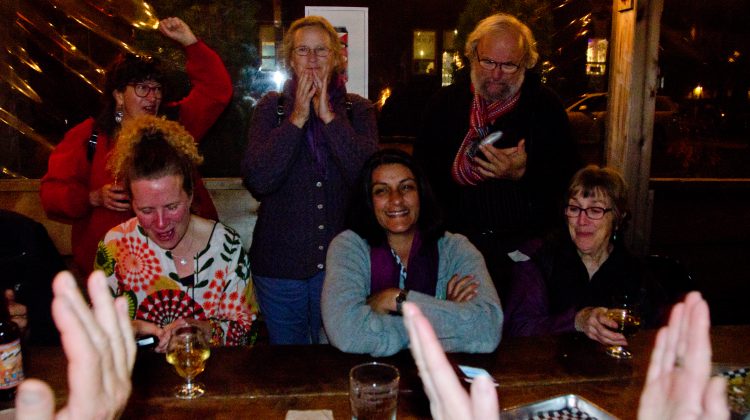 Hamir, who has a farm in the Valley, had been running against incumbent Rod Nichol. She received the unofficial word while waiting for election results with friends at Gladstone Brewery in downtown Courtenay.

“This was not an easy fight. Rod had done a great job in Area B, so it’s not small feat to unseat an incumbent. I’m humbled.”

Hamir said she had been informed that she passed the NIDES and CVRD office voting stations, as well as the mail-in ballots. Her first priority now is getting oriented, and “figuring out what goes where”.

“I know there’s a lawsuit being filed by 3L, so I think that’s probably going to be at the top of the list.”

Unofficial results for the CVRD have not yet been posted.