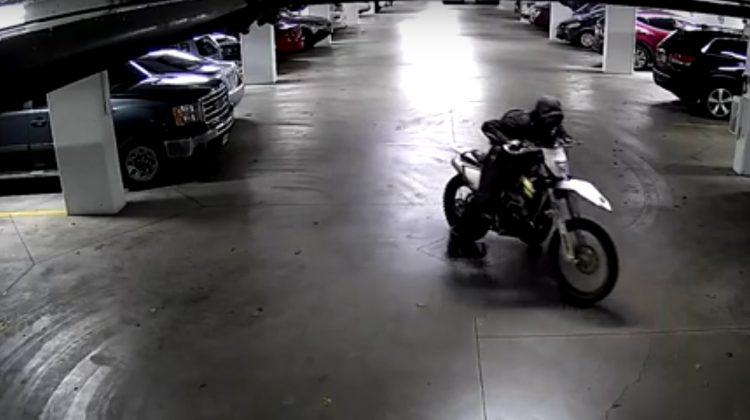 Photo of the theft.

COURTENAY, B.C- The theft of a motorbike last Monday has been caught on video.

The theft in question took place early on Monday morning at the Riverstone condo complex, located along the Courtenay River close to the Airpark.

An intruder had made his way into the building around 3:30 a.m., a man wearing a black hoodie, a camo vest, blue jeans and black sneakers. According to the building’s strata council, he entered the building through a side door that hadn’t closed properly. 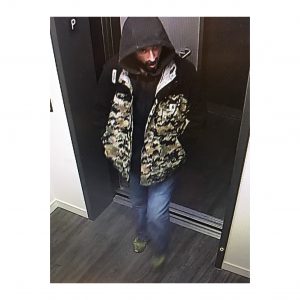 The intruder is pictured in a handout photo.

He proceeded to roam the corridors of the four-level complex, and attempted to enter locker rooms. He eventually went down to the condo’s parking level, and stole a locked Husqvarna TE300 Dirt Bike with BC Licence Plate 5C1465. 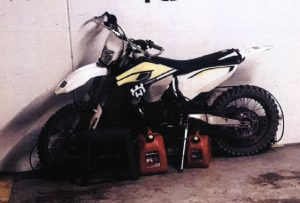 Handout photo of the bike.

“Investigators obtained surveillance footage of the suspect and would like to ask for help from the public to identify the suspect and locate the bike” said Constable Monika Terragni, spokesperson for the Comox Valley RCMP.

The strata council is now looking into a security upgrade at the complex.