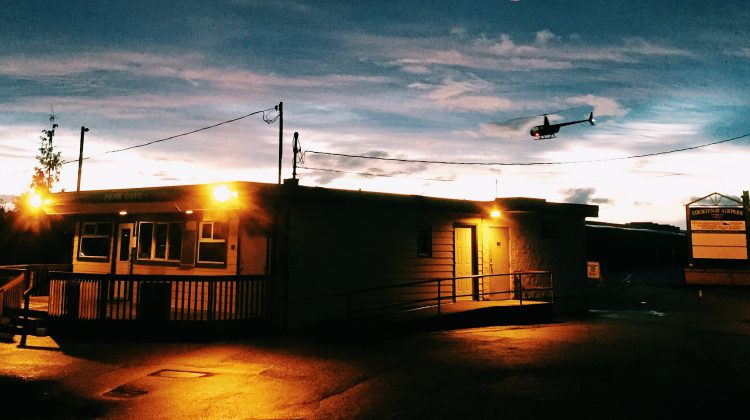 The Airpark Cafe is pictured on the morning of January 30th, 2018. Photo by James Wood/98.9 The Goat/Vista Radio

COURTENAY, B.C- Two fixtures of the Courtenay Airpark have had their futures confirmed by city council.

On Monday evening, Courtenay’s city council discussed two items from the Courtenay Airpark. The first was a five-year extension of the Park Café lease. The restaurant, which is open year-round, has regular lease extensions come before council. This time round, the lease was set at $12,492 per year, with an annual two per cent increase.

The café also pays $735.78 in property taxes each year, with the tenant responsible for half the cost of cleaning the public washrooms attached to the marina building.

Council approved the lease extension for the next five years without opposition, along with an option to renew for another five years.

Reached afterwards for comment, café owner Donna MacLean said it felt “awesome” to have the security of the extension. She enjoys the location of the restaurant and her clientele, and felt happy to keep it going.

Council also agreed to have the airpark’s floatplane ramp included in the area’s new lease with the Courtenay Airpark Association. The inclusion will allow the association to move ahead with the replacement of the ramp, which is at the end of its useful life. 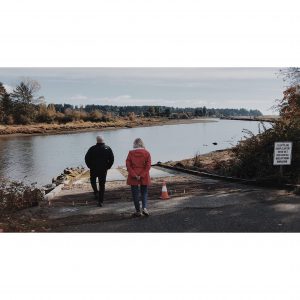 A pair of tourists walk by the Courtenay Airpark floatplane ramp on October 6th, 2018. Photo by James Wood/98.9 The Goat/ Vista Radio

“Since the province has authority over the bed of the river, City staff has been working in partnership with the Courtenay Airpark Association to apply for tenure of the land in order to proceed with the project,” read a city staff report on the matter.

“The floatplane ramp replacement project is tentatively scheduled for August 2019 which has been approved by the Department of Fisheries.”

The costs of replacement for the ramp and ongoing maintenance would remain with the association.

Courtenay mayor Bob Wells was pleased with both decisions, and stated the Park Café was a great tenant of the marina building, providing a great service.

The controversy earlier in 2018 over the fate of the Airpark was also touched on during the meeting, with Councillor Doug Hillian raising the idea that approval of both items was a way of showing the Airpark was not going to be shuttered.

After the meeting, Wells expanded on that topic. He indicated he believed the controversy was an unfortunate miscommunication over the placement of a possible bridge location.

According to Wells, the unintended benefit of that controversy was the Airpark coming forward and explaining the benefits of the site to the community.

“Going forward, I want to make sure we have a great Airpark that is well supported, and is there long into the future,” said Wells.