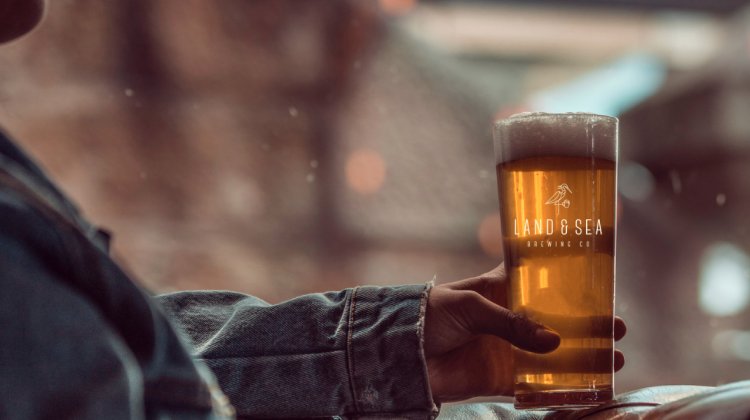 COMOX, B.C. – Things are brewing in the town of Comox.

Land & Sea Brewing Company is one of two new breweries set to open up shop in the community, along with New Tradition Brewing.

There are already three breweries in Courtenay, and one in Cumberland.

“We are very close to opening. We’ve brewed eight beers, our kitchen is almost done, we’ve got our chairs in here, and some tables. We’re just trying to tidy up some ends with respect to the town and the province, but we’re hoping to be open in the coming weeks,” said Jason Walker, Land & Sea’s Director of Operations.

Walker said in addition to enjoying a local brew, customers will have tapas-style food items available to order.

“You can come and enjoy a beer here or get growler fills to take it away. We have a large lounge area that’s heated,” he said.

“There will be sort of smaller plates from the land and the sea, we’re trying to support local producers as much as possible. There are also some options for people that have dietary restrictions. It’s not a huge menu, but we’re really excited about it.”

Walker said the team has already hired and trained the breweries’ front of house staff, but he said they’re “always on the look out for good folks.”

He said anyone interested in working with the new brewery could drop by.

“Experience in the industry is a plus, attitude is the most important thing. But there are certifications of working in the space as far as Serving It Right, or if you’re in the back, FoodSafe, but if you’ve got experience, we’d be happy to talk to you,” he added.

Walker said they couldn’t wait to open and entertain residents.

“We’re building this for our local folks.”

Comox mayor Russ Arnott said he’s very excited about what the new brewery will bring to the community.

“Comox has been eagerly waiting for some new establishments to open up…it will add a neighbourhood pub atmosphere to that area, and it’s walking distance to many of the neighbourhoods…I think it’s a win-win for the community,” he told MyComoxValleyNow.com.

As for any concerns on over-saturation in the town with regards to the other breweries that are open in the Comox Valley, Arnott said that shouldn’t be an issue.

“I think people are liking the whole brew-beer industry, and this just gives them different flavours to go to,” he said.

“I think people like to stay in Comox, and do their shopping and socializing. This just gives them another venue to do that.”

Arnott mentioned that Comox did have a brewery in town, once upon a time.

“Years back, there was the Surgenor Brewery. They just brewed it (the beer) there and you couldn’t sit down inside and drink it, so this will be the first brewpub that Comox will have that I’m aware of,” he said.

Arnott said he’s spoken with the Comox Mall owner about New Tradition Brewing. That pub is slated to be built in the mall.

“I haven’t seen any movement in the space, but I understand there’s some discussion with them and the town because they want to put a patio outside. As far as I know, it is still going to be happening,” he said.

Arnott said the town is also eagerly waiting for the opening of the new Church Street Taphouse, located on Church Street.

“That will be more of a pub-style. They will not be brewing beer there; it’s going to be a taphouse. So that will be a nice place where they will bring in all these different beers, and you can try them in one location,” he said.

Arnott noted that the taphouse is anticipated to open by next May or June. He said that the footings and the foundation have been poured on the site.

He said with a laugh that, “things are happening in Comox. If you’re not living here, you better move here soon.”